A Year in China

On October 28th, 2018, exactly one year ago, I stepped off a 14 hour flight from Washington DC to Beijing. The very start of Sam’s Trip to China! I had been talking about this, planning for this, applying for documents for this and dreaming about this for the past two years. I walked down the terminal grinning ear to ear as I delightedly tried to read all the Chinese. I had made it!

But besides excitement there was fear. This was only my second time traveling to a foreign continent, and my first time traveling to a country where I needed a Visa. I was afraid that something would go wrong at customs. I waited for my bag at the carousel so long I was convinced it had been seized. I thought Microsoft was gonna cancel my internship when they realized I wasn’t attending a real grad school. I’m pretty sure my bank came very close to refusing to open a bank account for me, without which I would not have been able to receive my wages. The registration officer at the police station stared at my Visa so long I was sure I was going to be arrested. But none of it came to pass. The most trouble I’ve ever gotten into in China is when a public transportation officer noticed that someone hadn’t paid proper fare and assumed it was me since I was a foreigner. I don’t always understand all the rules and regulations posted, but I actually had paid properly that time! 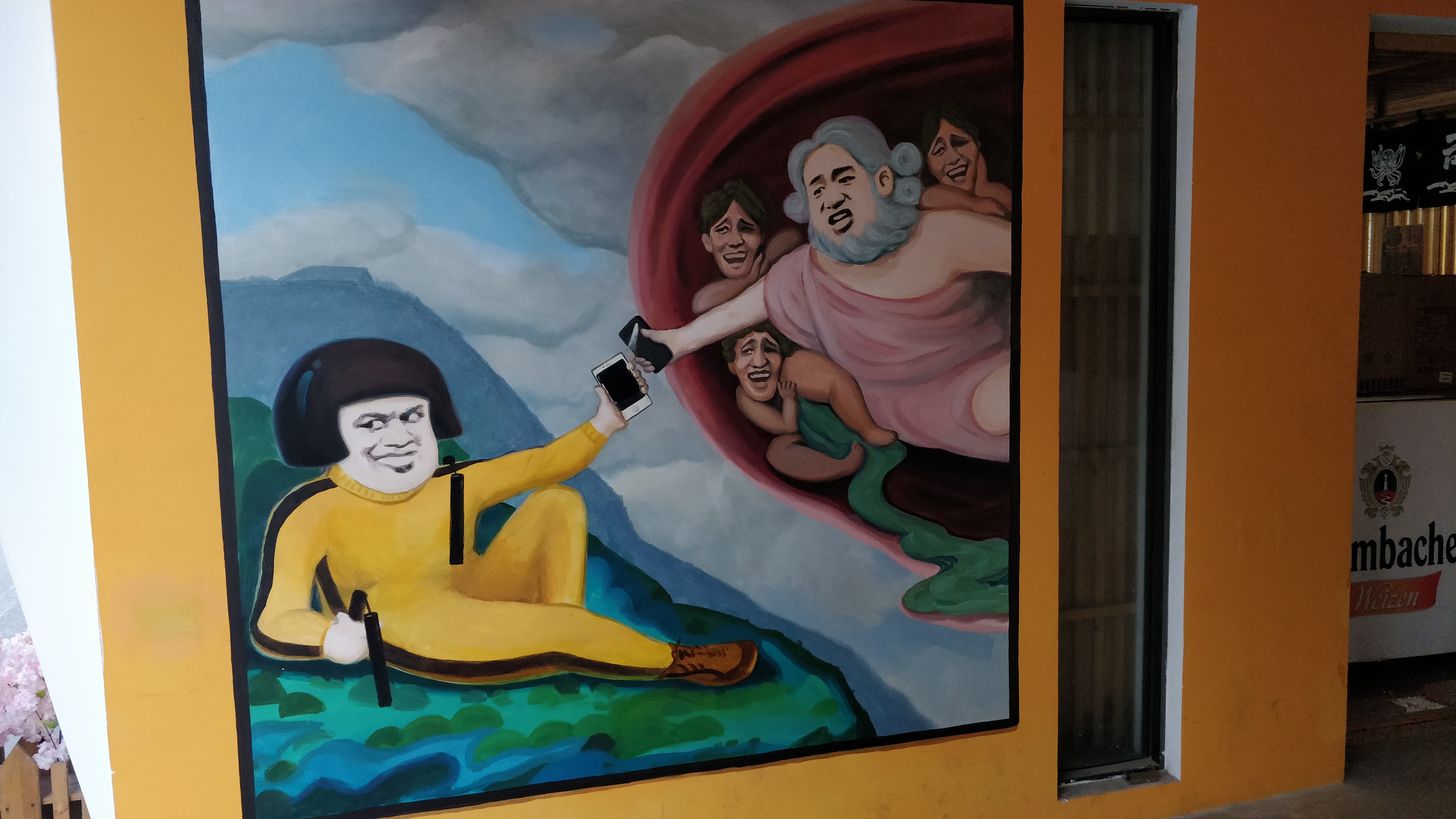 China is a funny place 😂

I’m really glad that I had the opportunity to spend my first six months at Microsoft getting settled in. My two years of college Chinese were definitely not enough. I remember trying to order a coffee when I first arrived - I had to ask him to repeat, several times, every single sentence he said 😂 I could barely navigate the metro, I dreaded getting a call from a delivery driver, and booking a place to stay on my own was out of the question. But one Saturday afternoon, four months after my arrival, I walked into a restaurant all on my own, picked out a dish, ordered, ate, and paid all without a hitch. I felt ready to strike off on my own 😎

Summer Palace in Beijing while snowing 😍

Of course, I still had two months of my internship left 😴

But I waited patiently, and at the end of April I packed my bags and moved on from the tutorial zone, eager to make the most of the next half of the year 😁 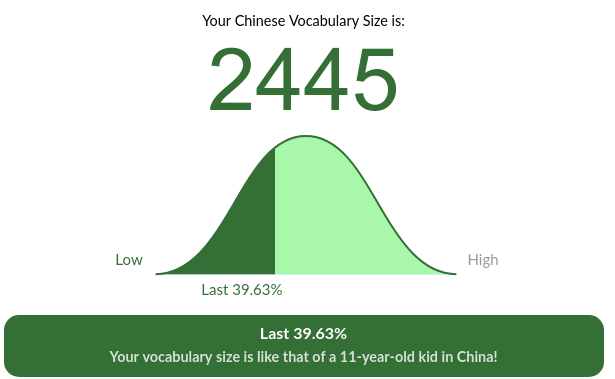 My current vocab level, according to some random online quiz. I should go find some middle school kids to hang out with...

Ok, strictly speaking, it hasn’t been a year in China. I’ve made it out of China several times (sometimes due to the necessity of resetting my Visa’s validity period). Over the course of a year I’ve been to (in chronological order):

Beijing at night can be enthralling 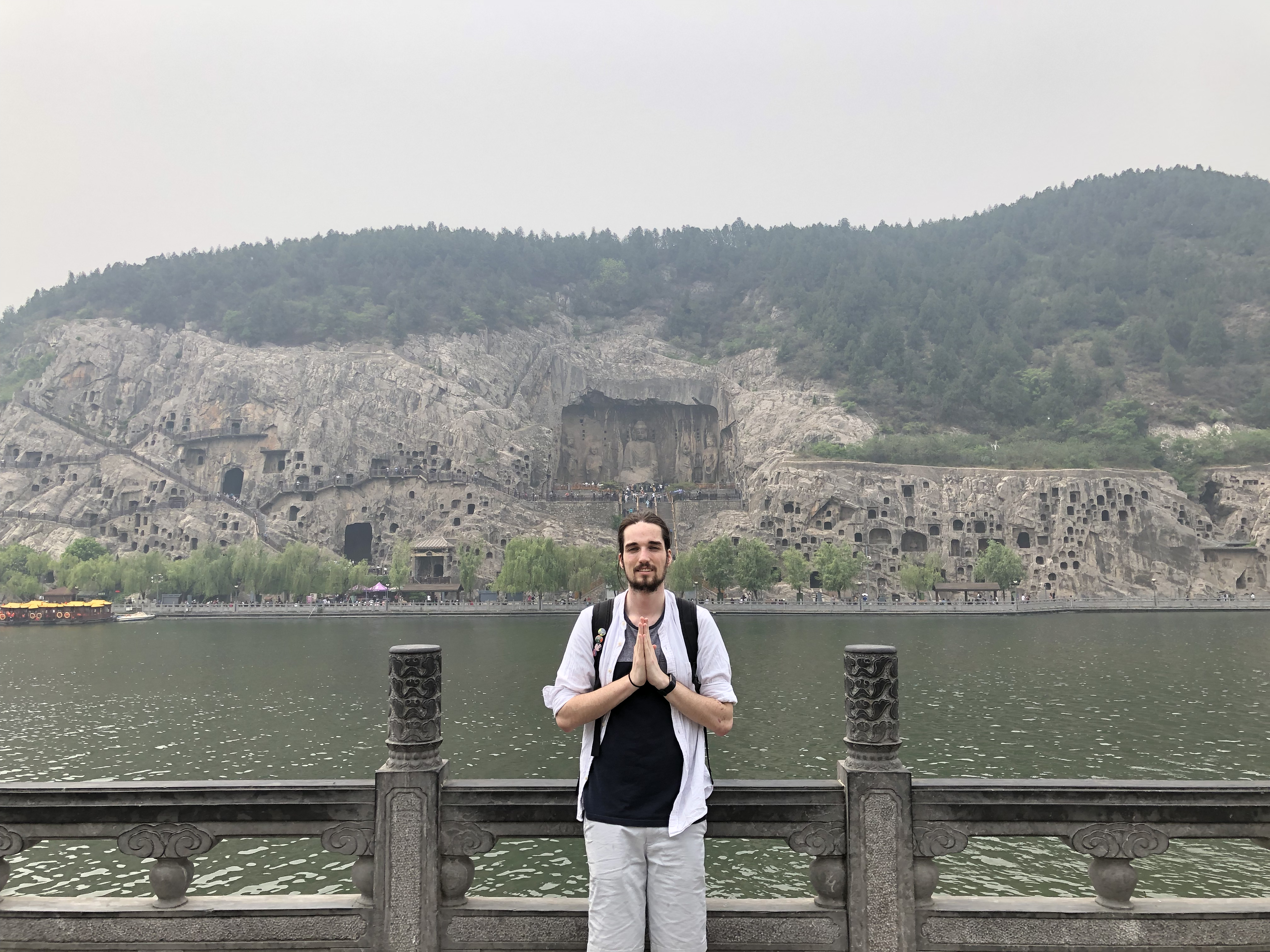 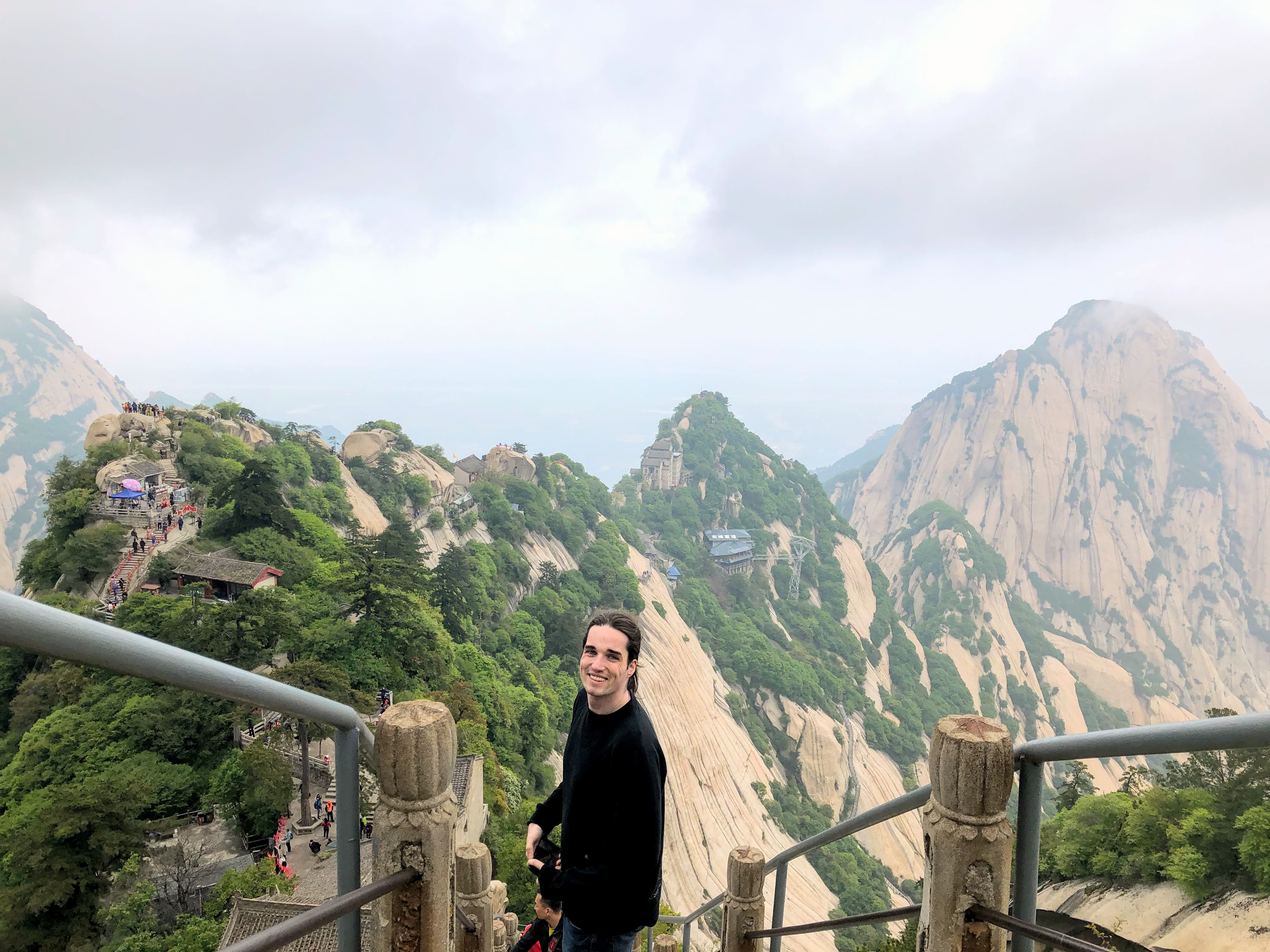 Just outside 西安 (Xi'an) climbing 华山 (Huashan), one of the five holy mountains of China

Can't go to 成都 (Chengdu) without seeing the pandas! 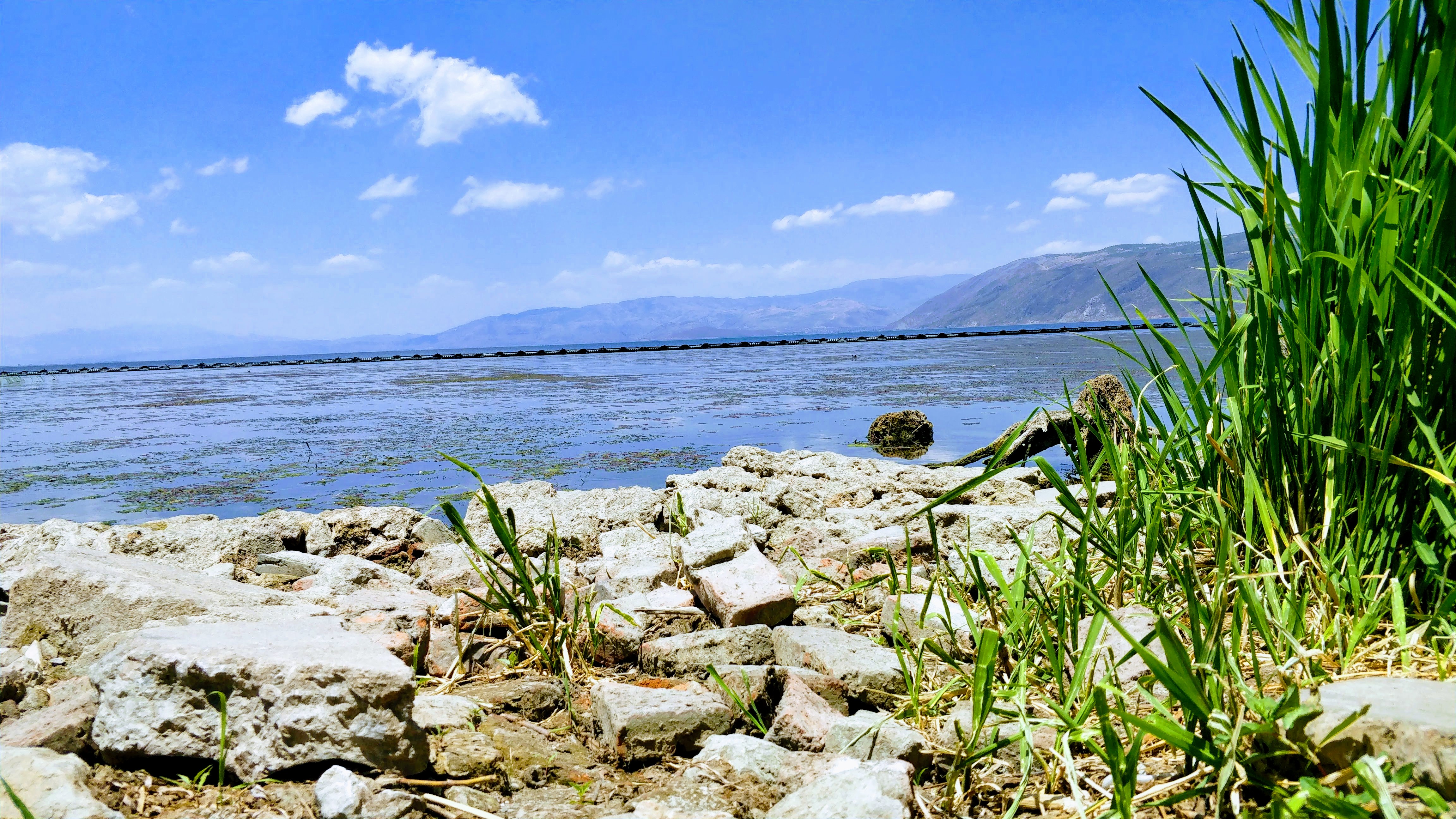 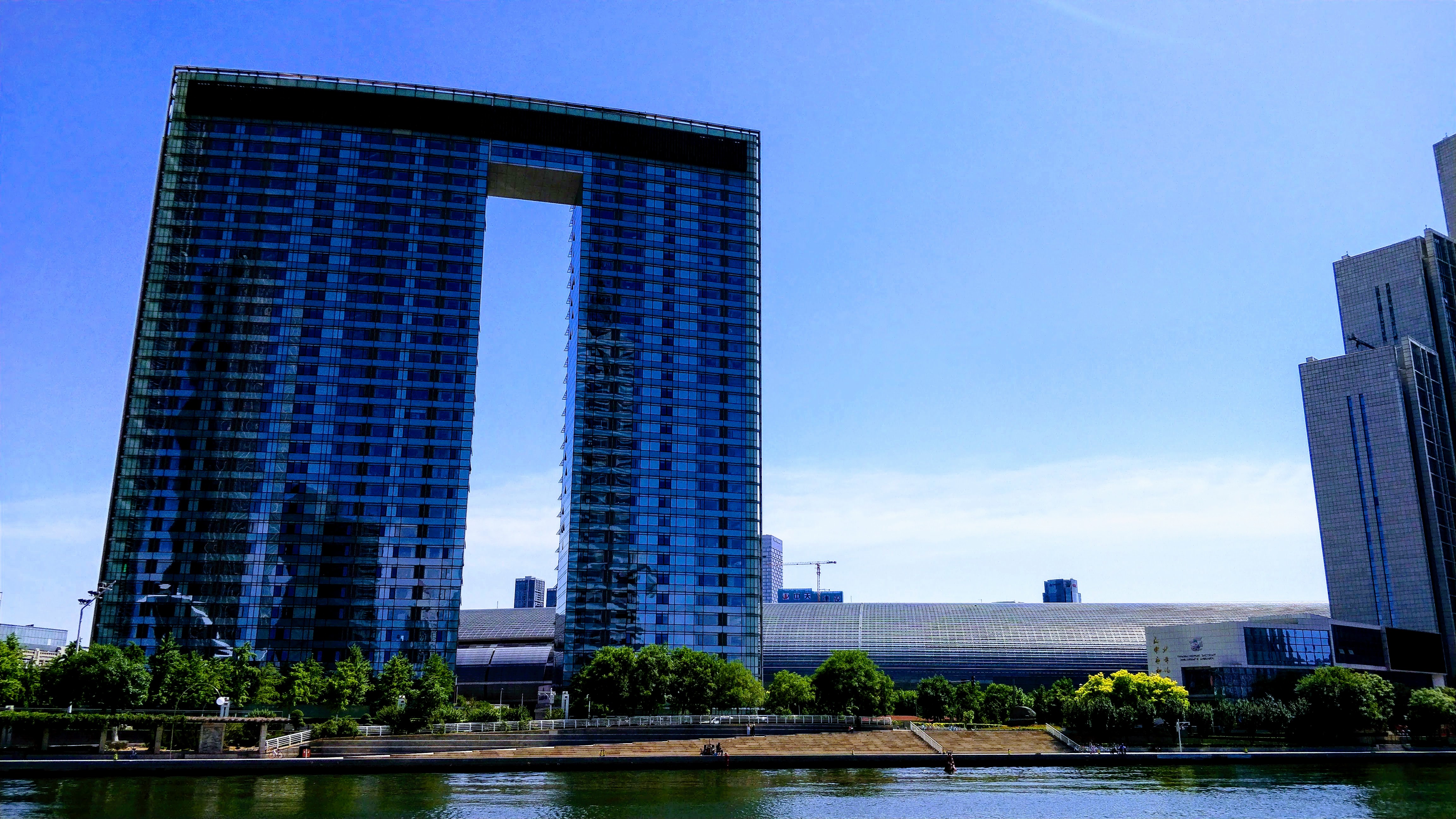 天津 (Tianjin) had some crazy buildings 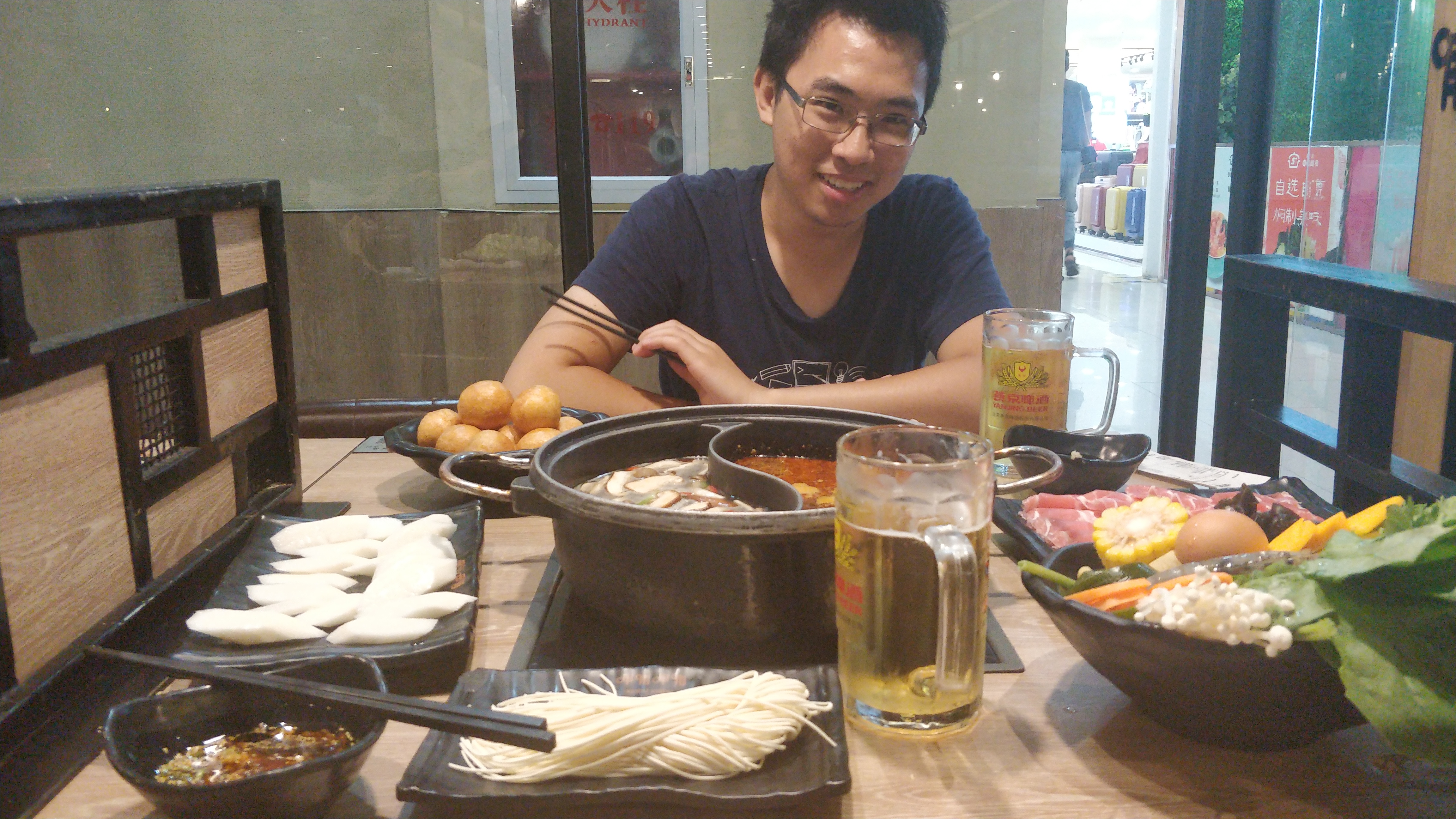 Where I met up with my friend Alan Du! 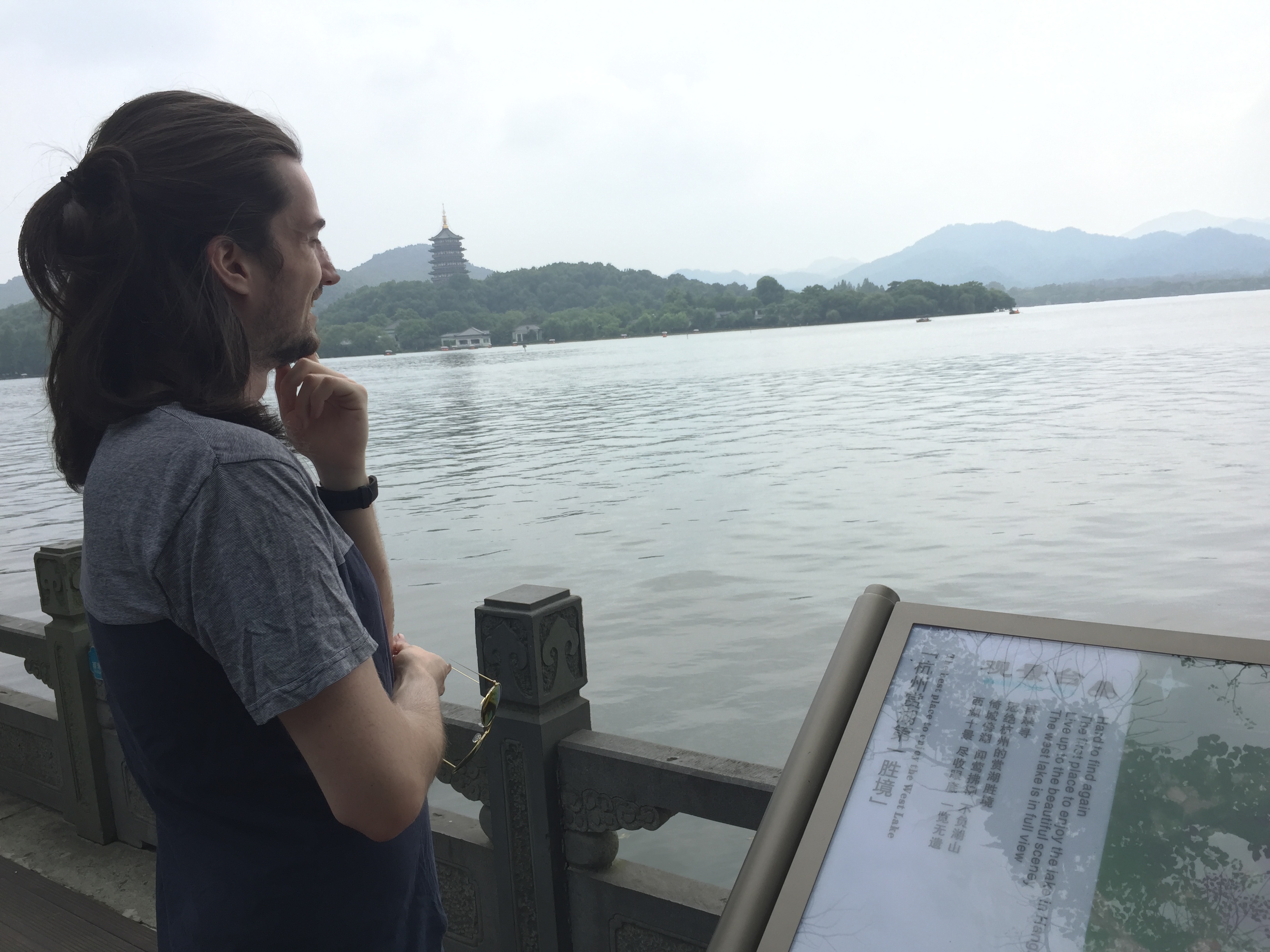 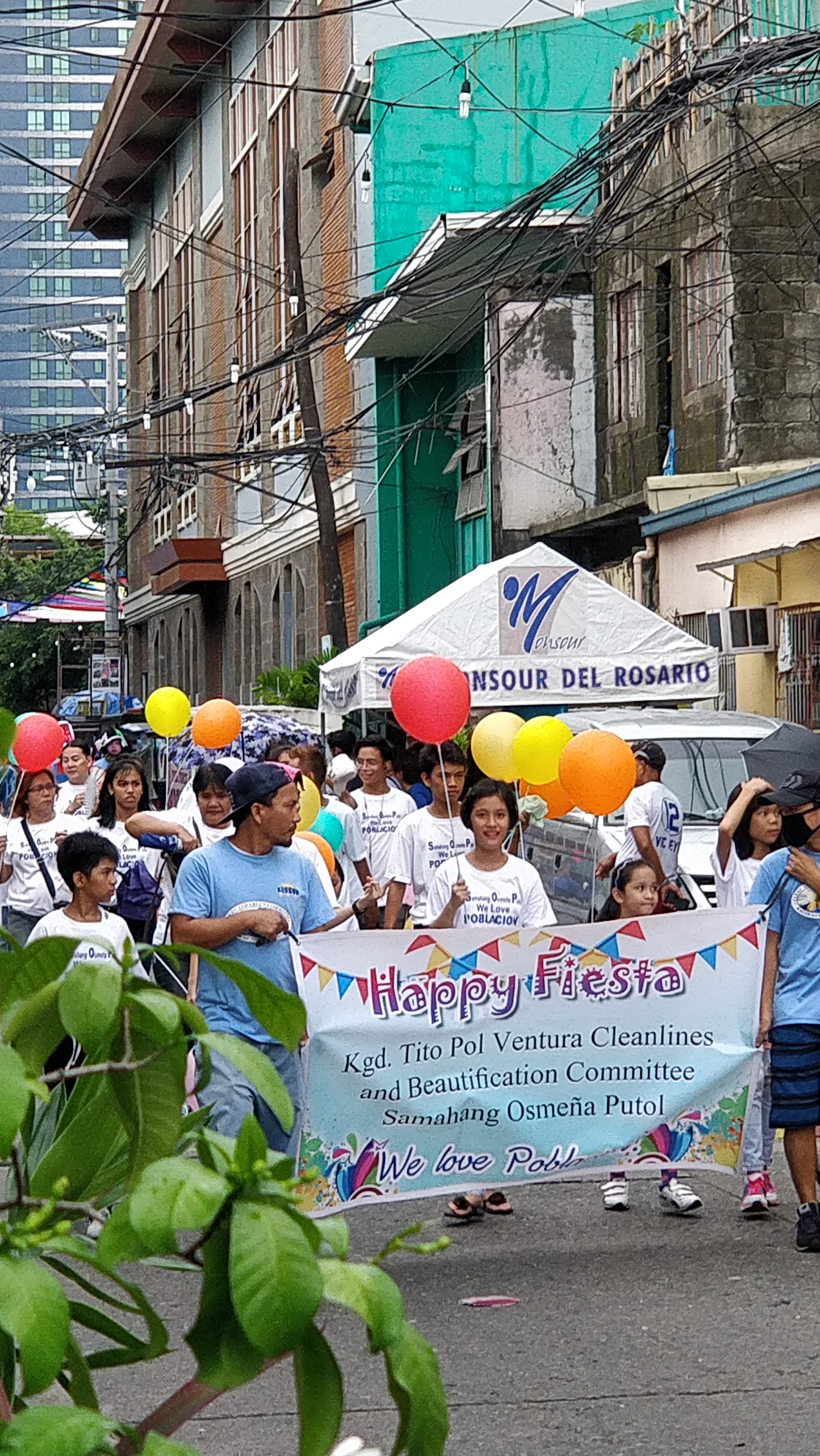 Fiesta parade I stumbled into in Manila. I was walking through some back alleys to get to the river, and an older lady starts calling out to me, insisting I have to pay to see the parade. A younger woman walked by laughing and said "pay her no mind, she's just tripping" and continue on her way 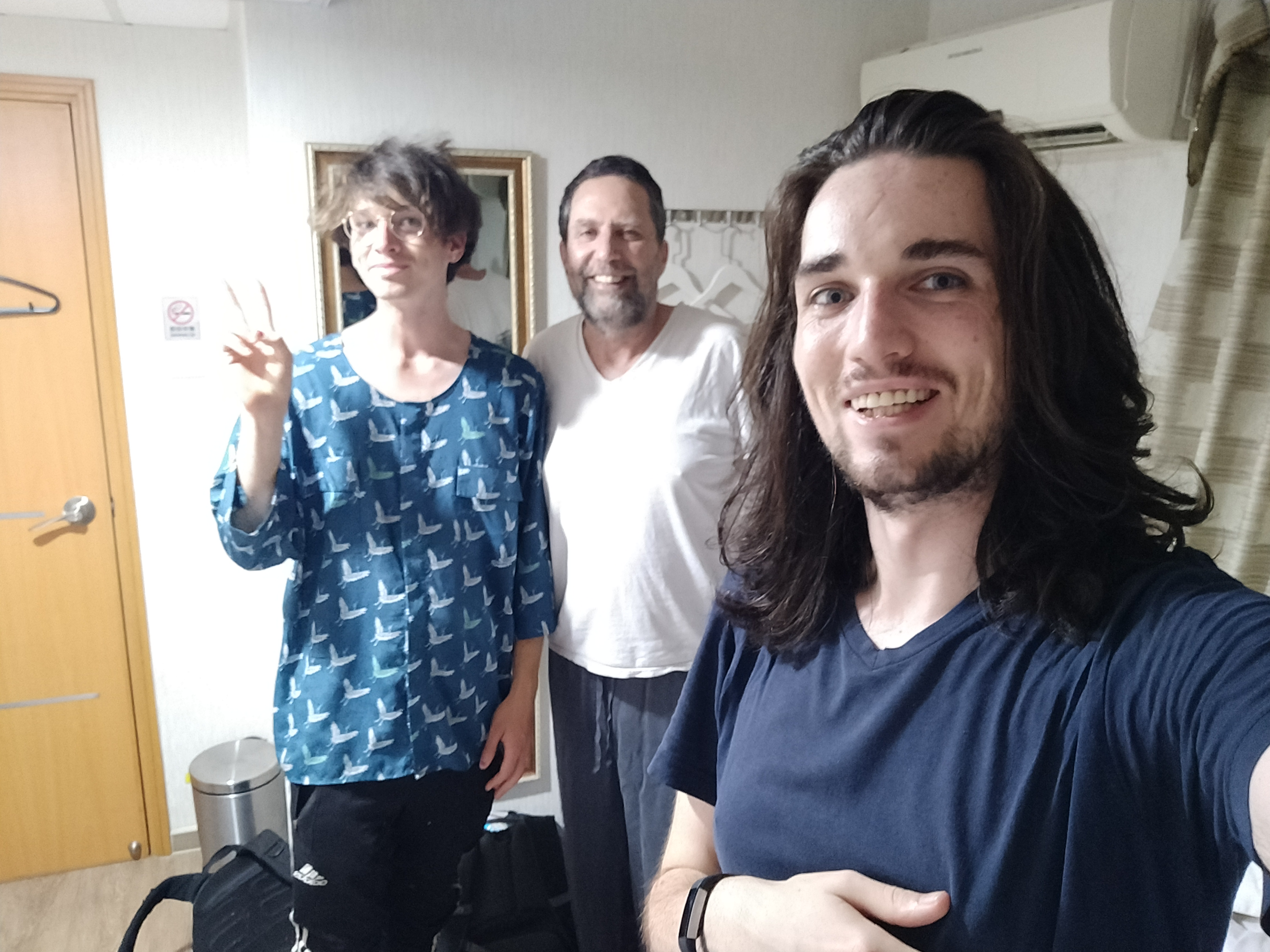 Reunited with (most) of the family! 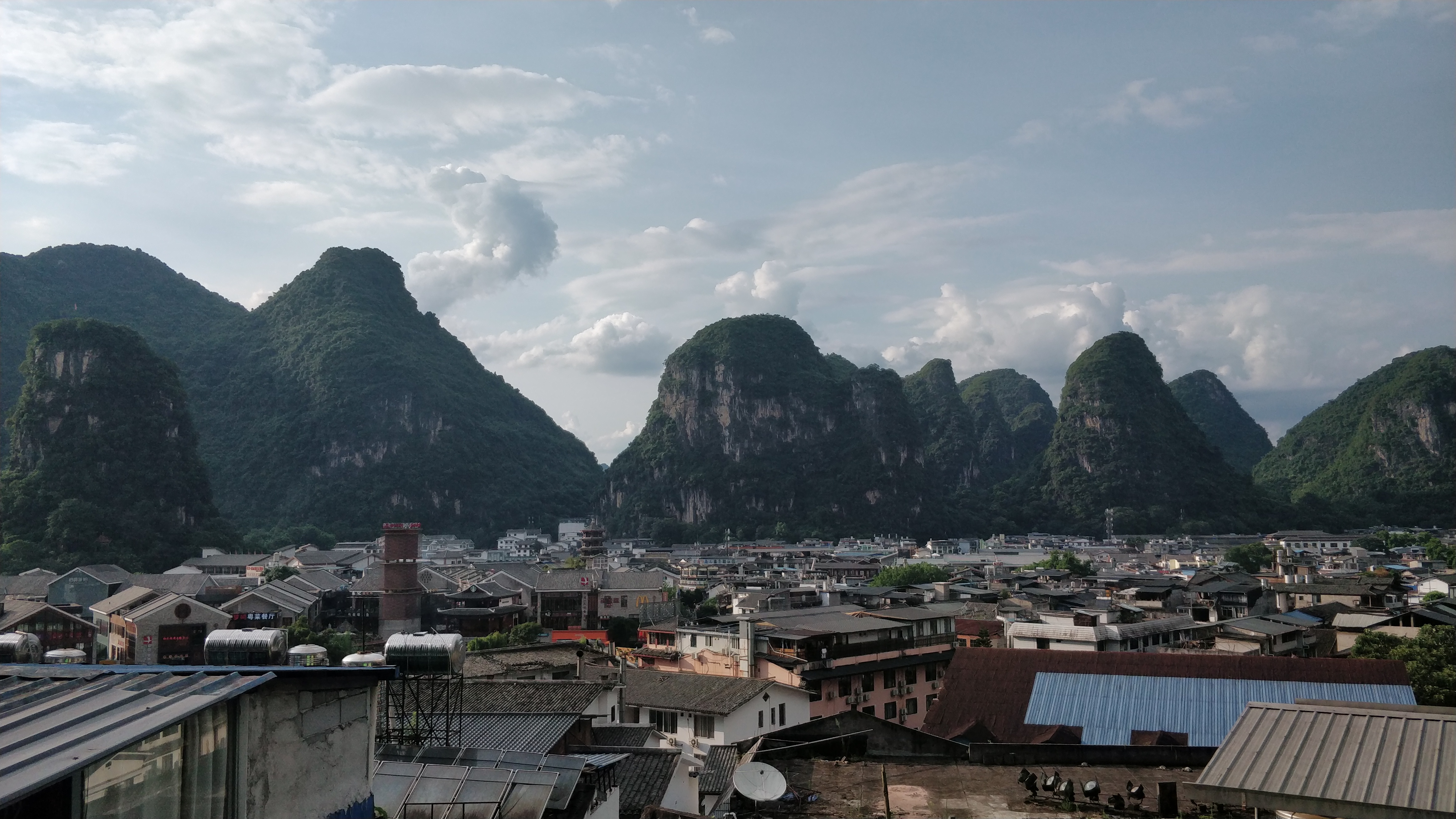 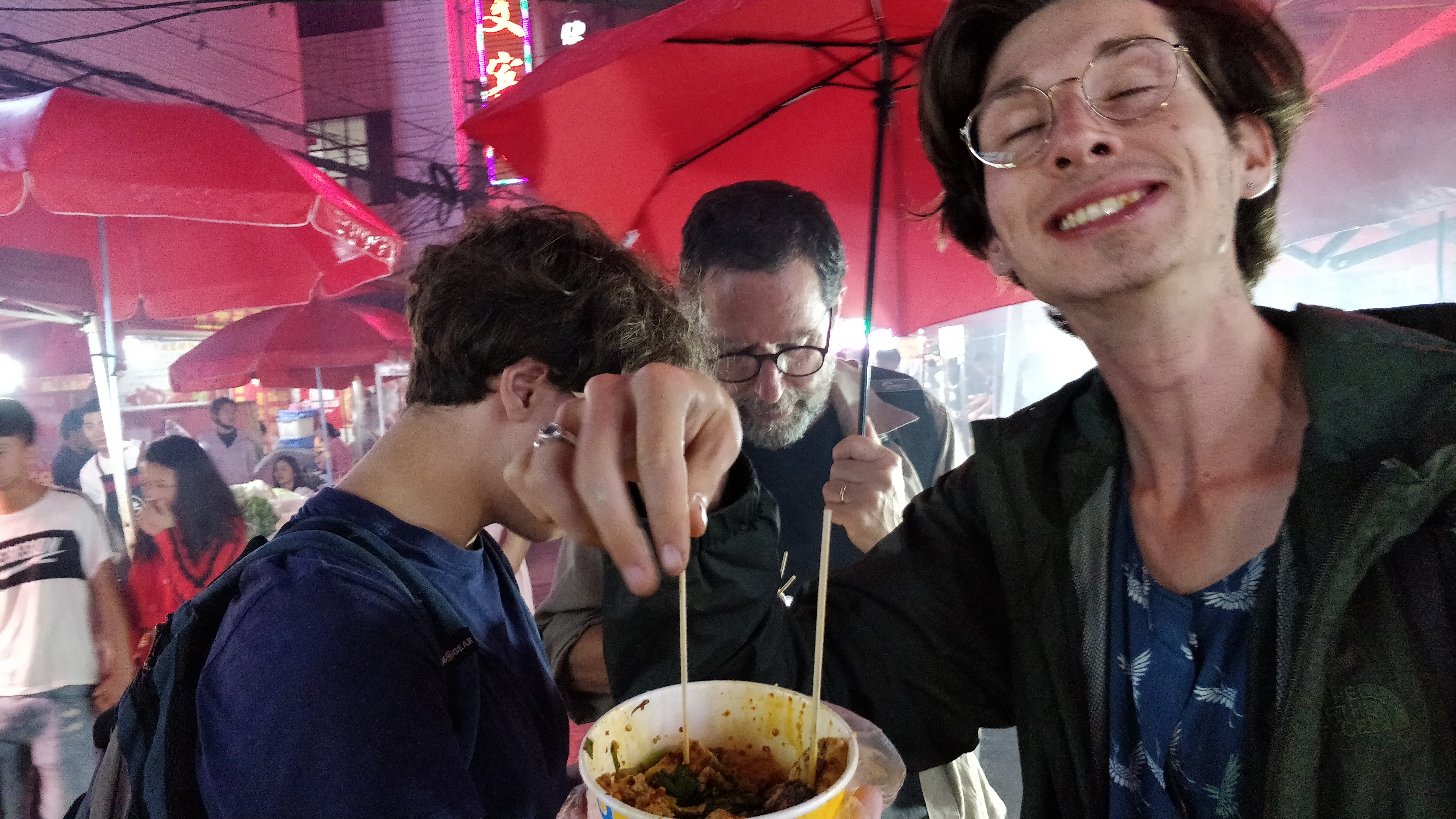 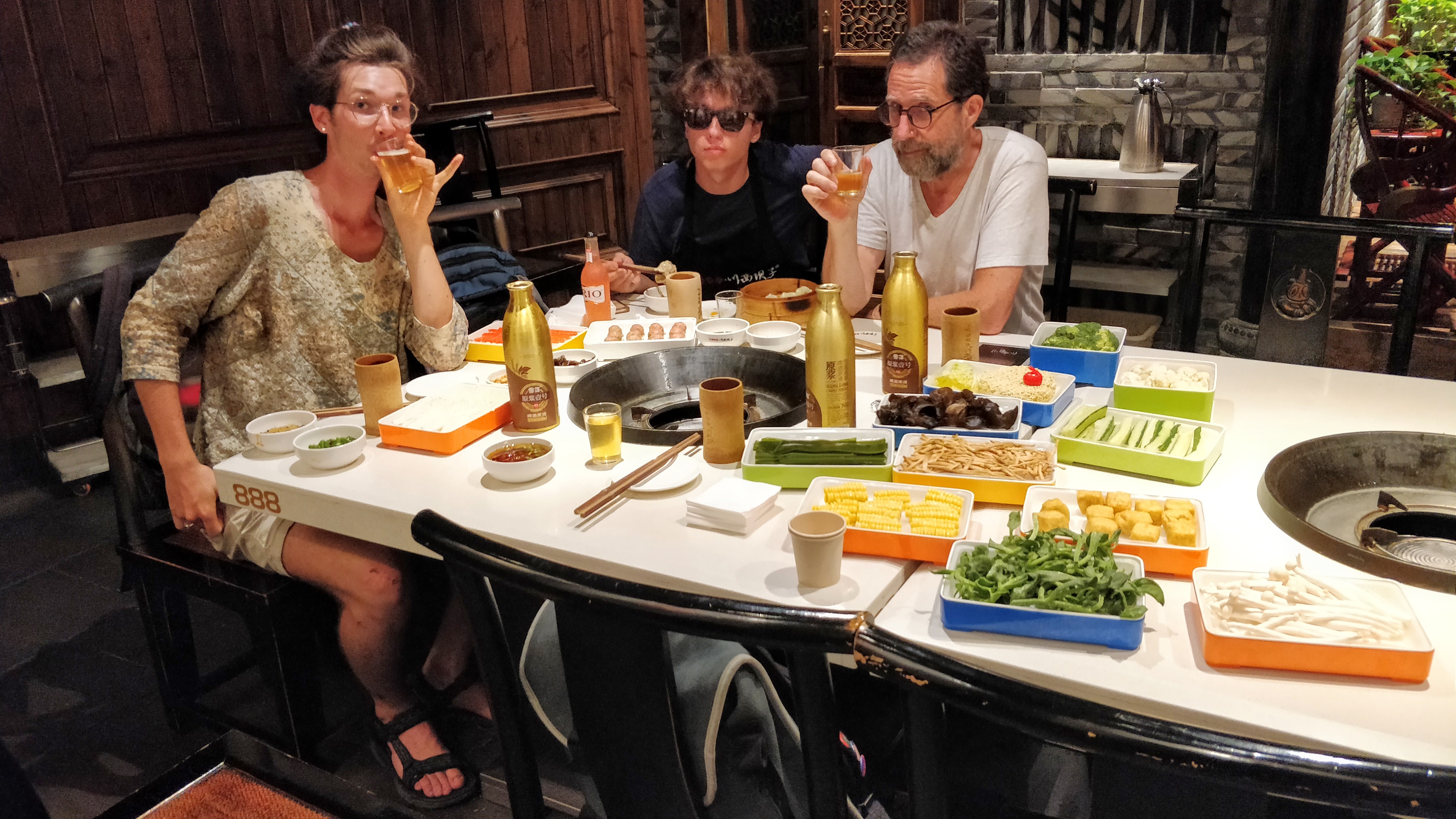 川西坝子 (Chuanxi Bazi), a famous 火锅 (huoguo "hot pot") place in 成都 (Chengdu)
Eli (the one in shades), upon walking in, declared that he had found heaven on earth 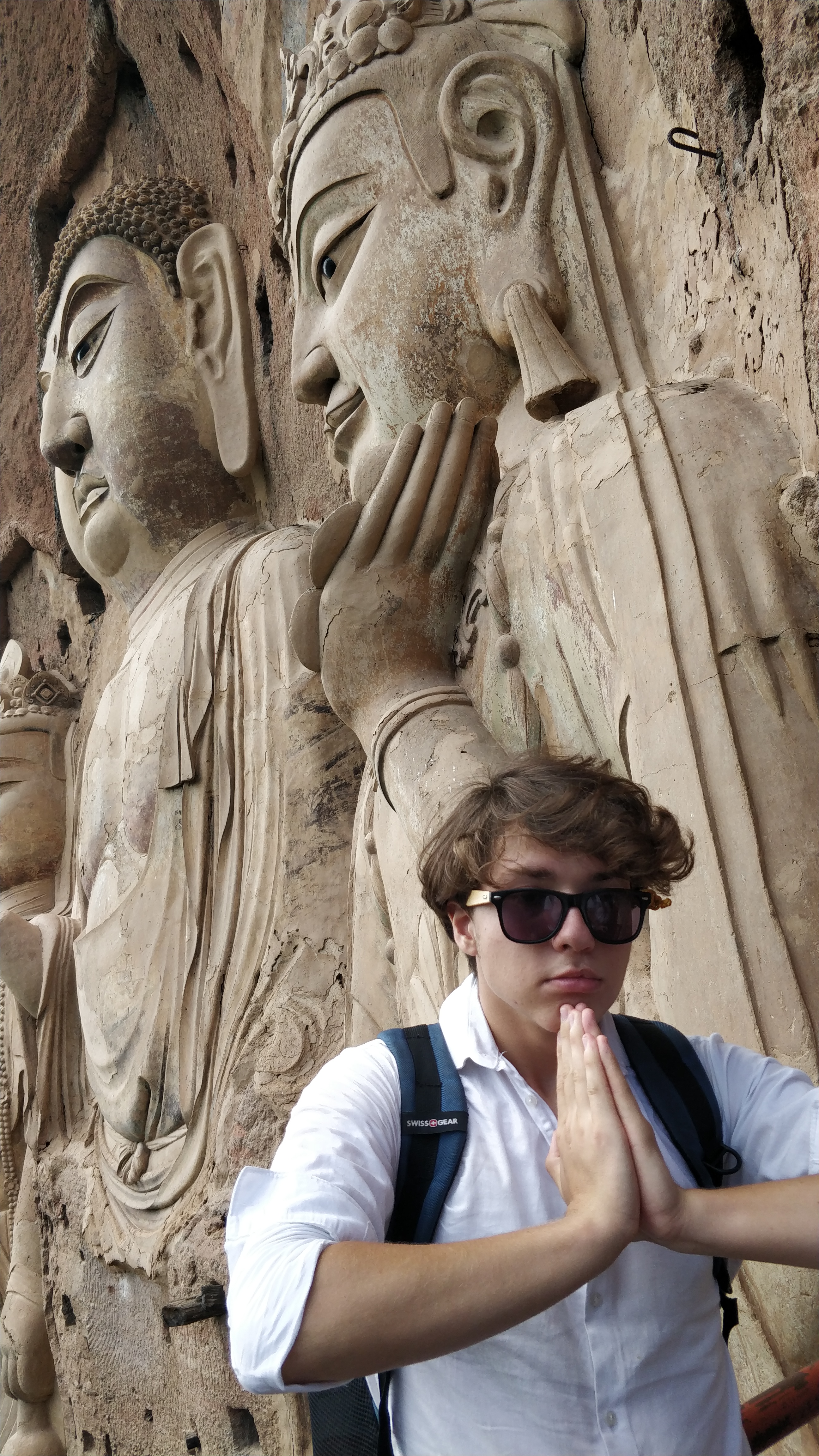 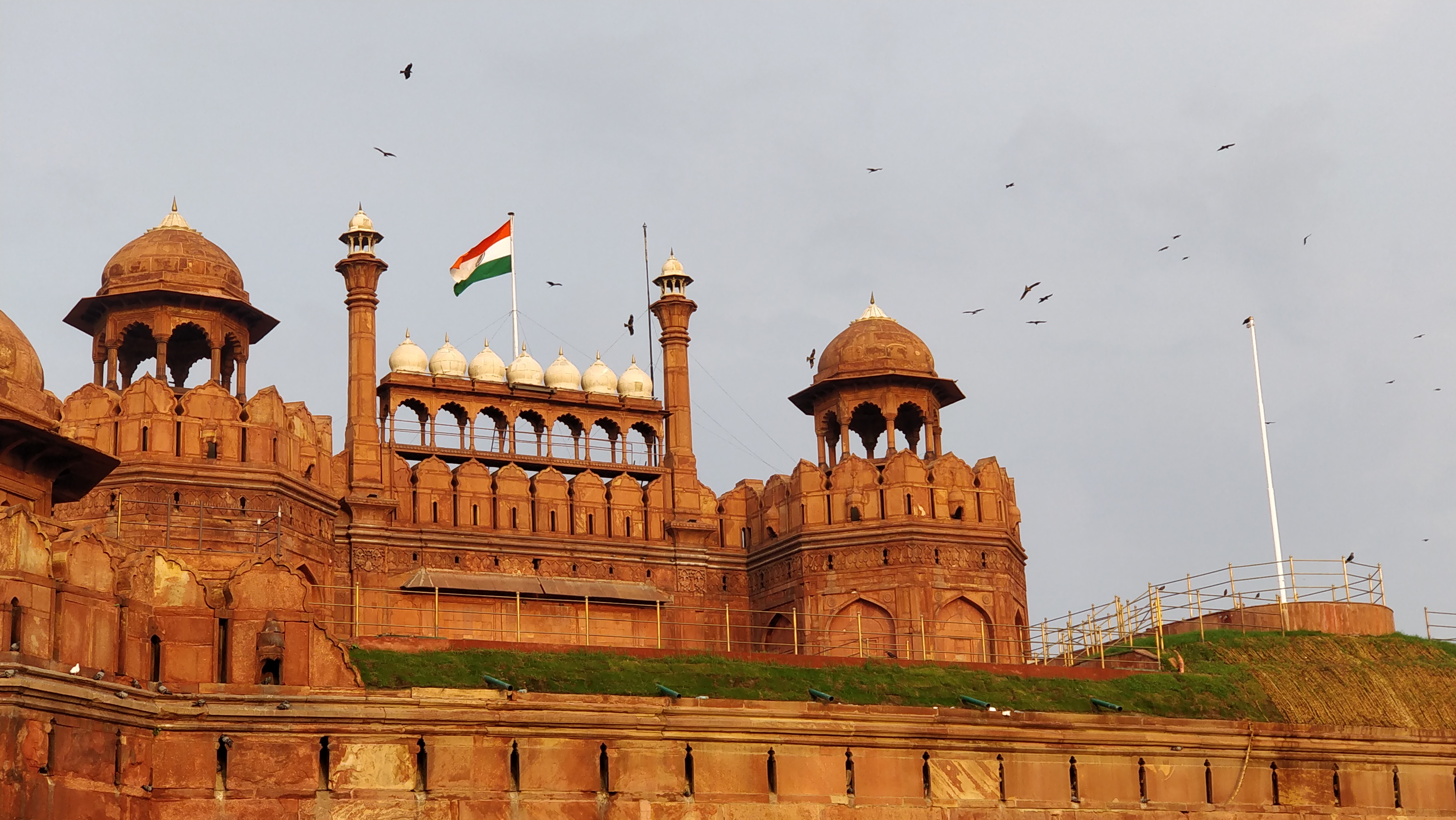 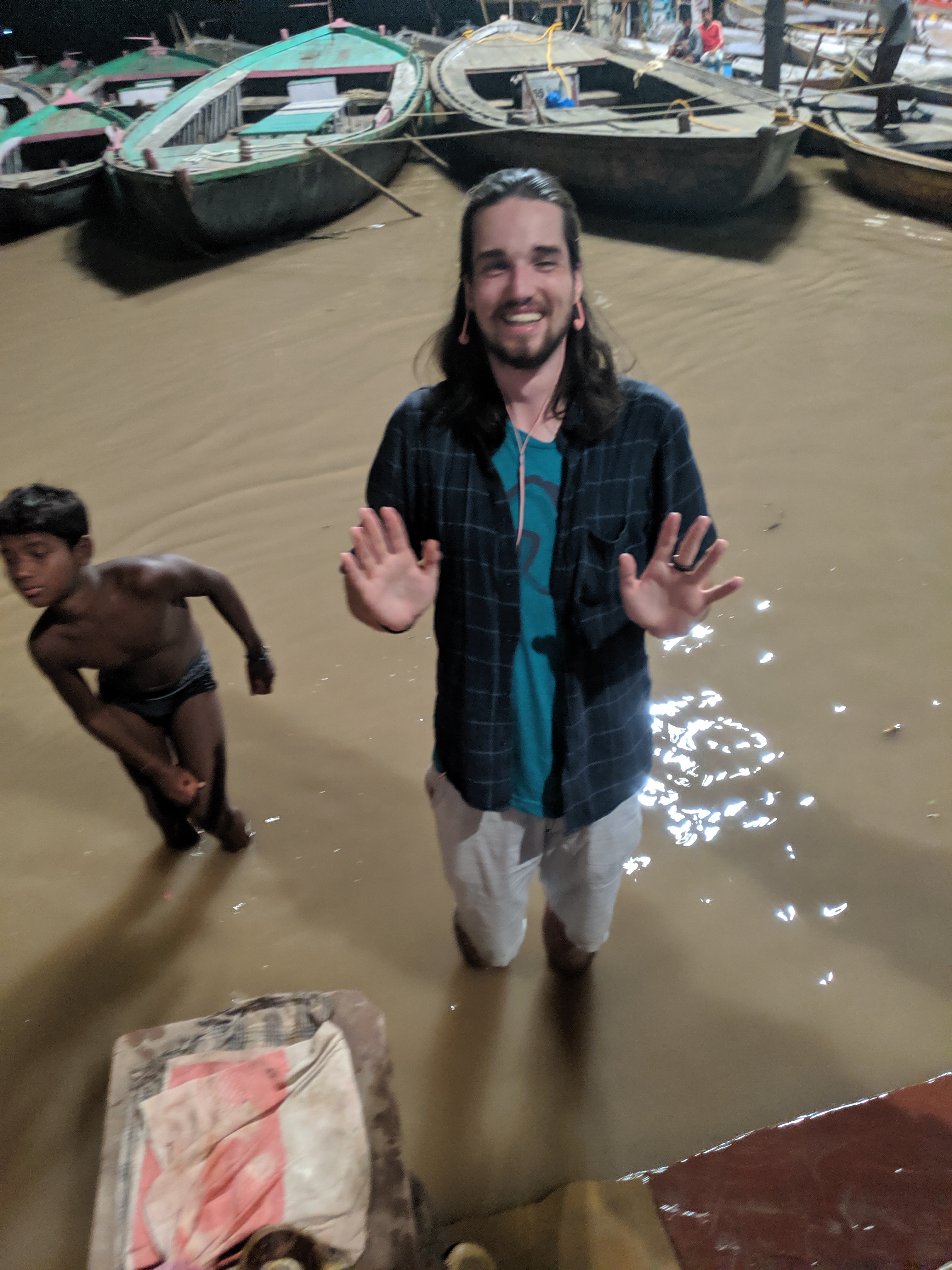 Taking a dip in the Ganges River in Varanasi 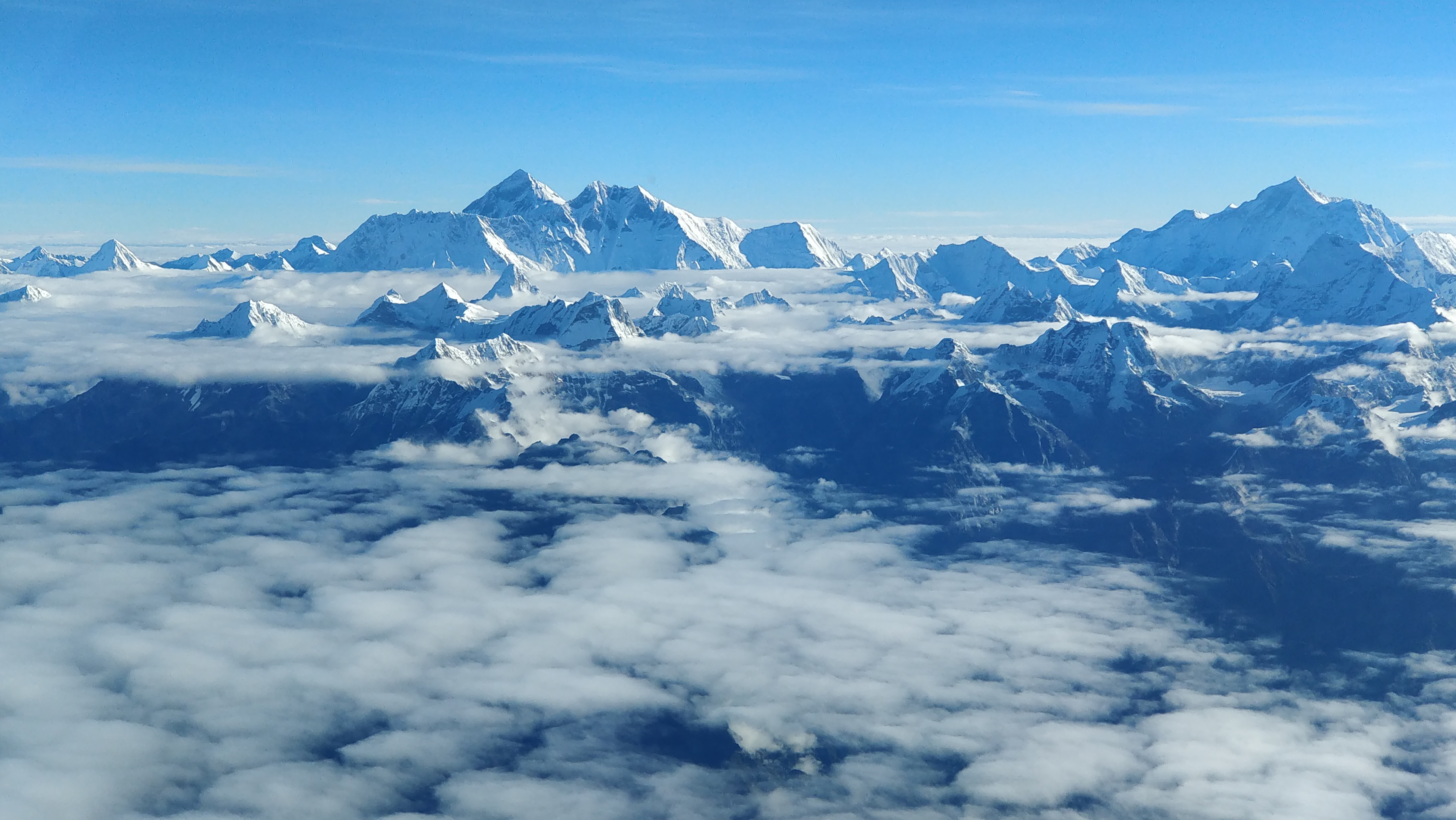 Took an "Everest Express" (a flight that does a fly-by of Everest) in Kathmandu. Everest in center! 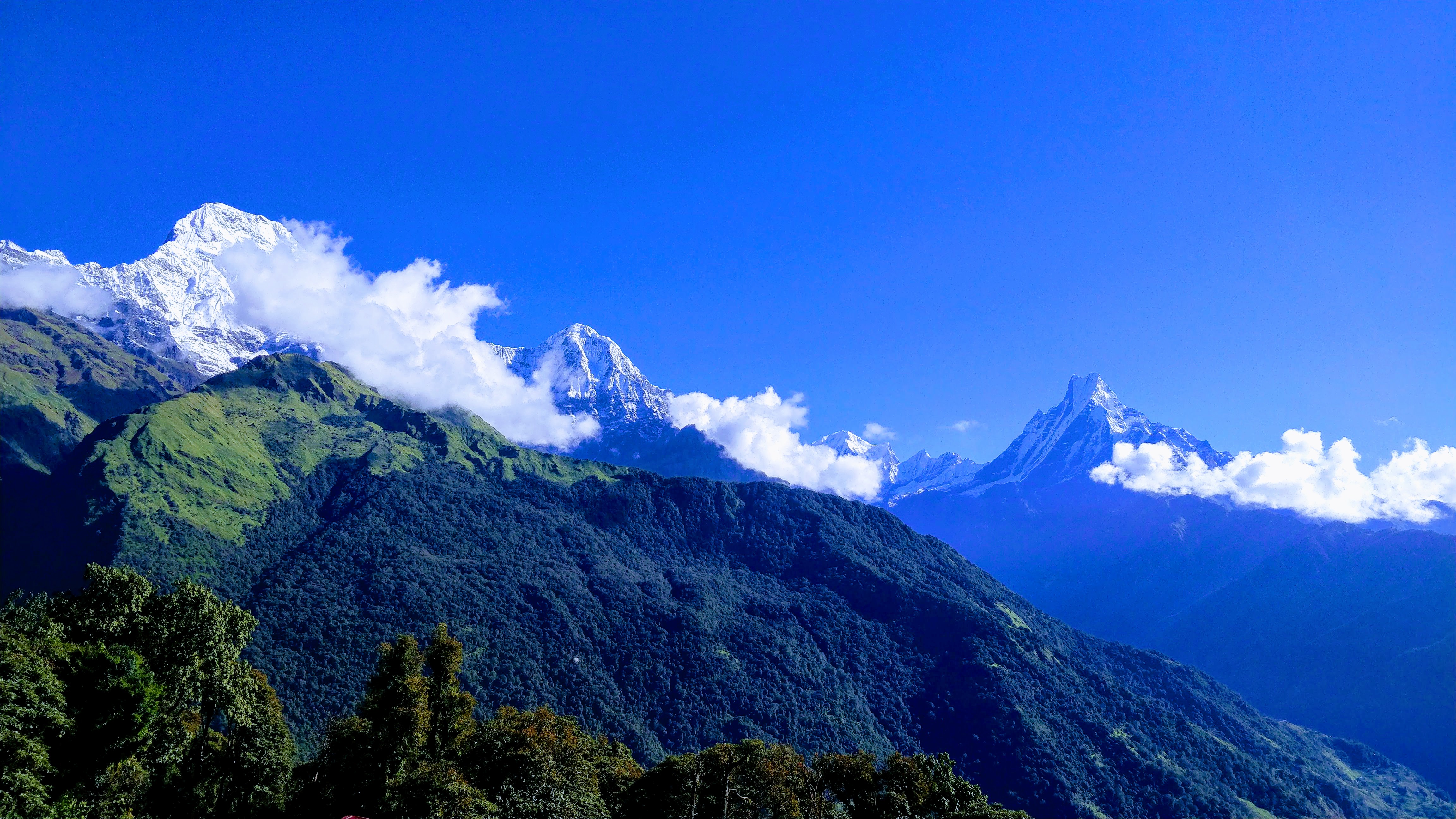 Four day hike in Pokhara, Nepal had some stunning views 😁 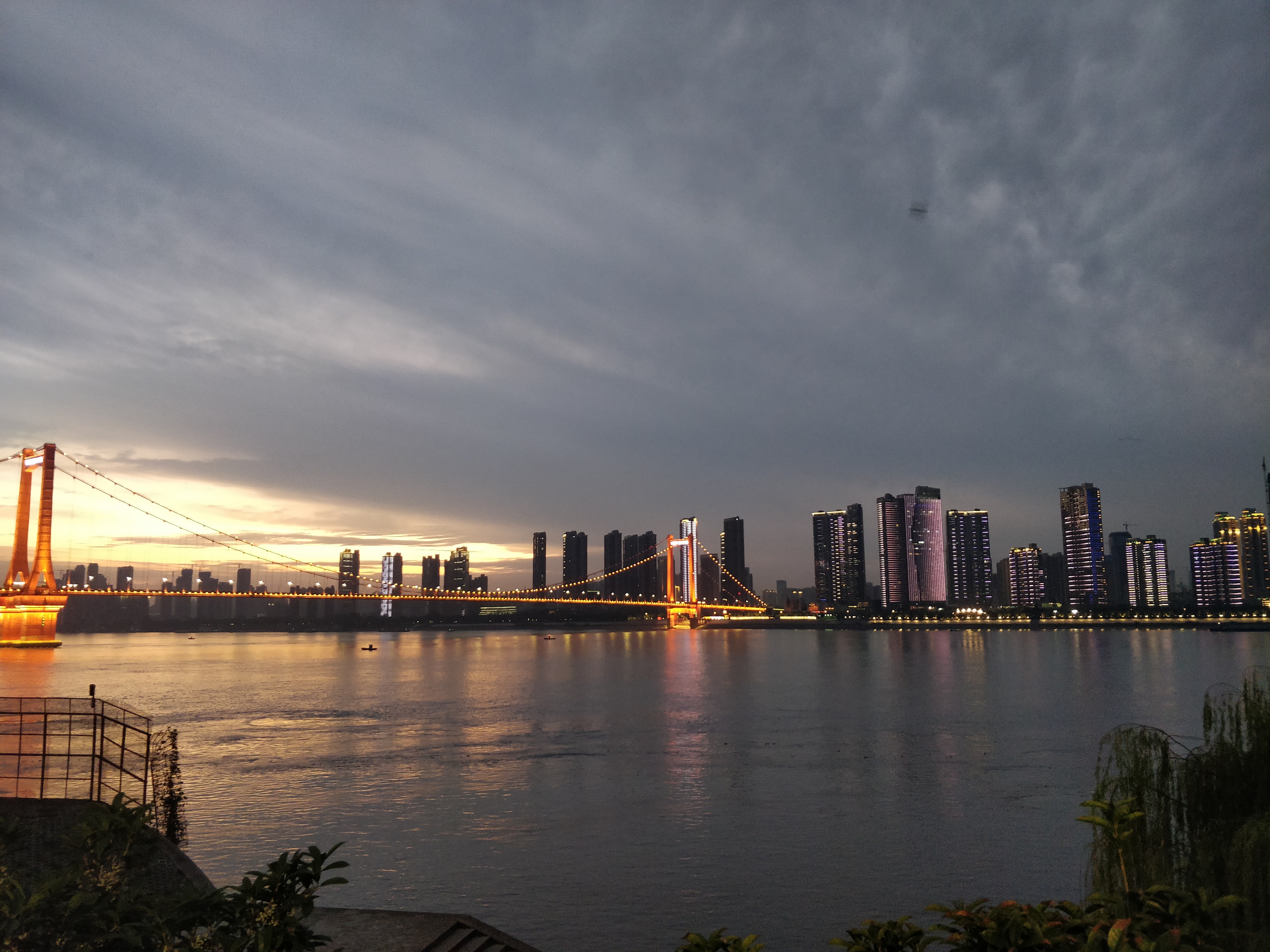 For those who like numbers, in sum it’s 38 visits to 26 unique destinations 😎

Inevitably the question comes: which was your favorite? Beijing really feels like my home here in Asia, as you could probably guess from the sheer number of times I ended up returning to it. It’s the city I’m most familiar with and I have a couple friends there. But I can’t say it’s my favorite - living in Beijing is really convenient but it’s also crowded, congested, polluted and too big. My favorite city I’ve ever had a chance to visit is probably 杭州 (Hangzhou). It has the country famous 龙井 (longjing, “dragon well”) tea, it has the lively 宋街 (songjie, “Song Dynasty Street”) for picking up a bite to eat, and it’s got the got the gorgeous 西湖 (Xihu, “West Lake”) which, in contrast to Beijing, is where both the tourists and the locals go to while away a day. 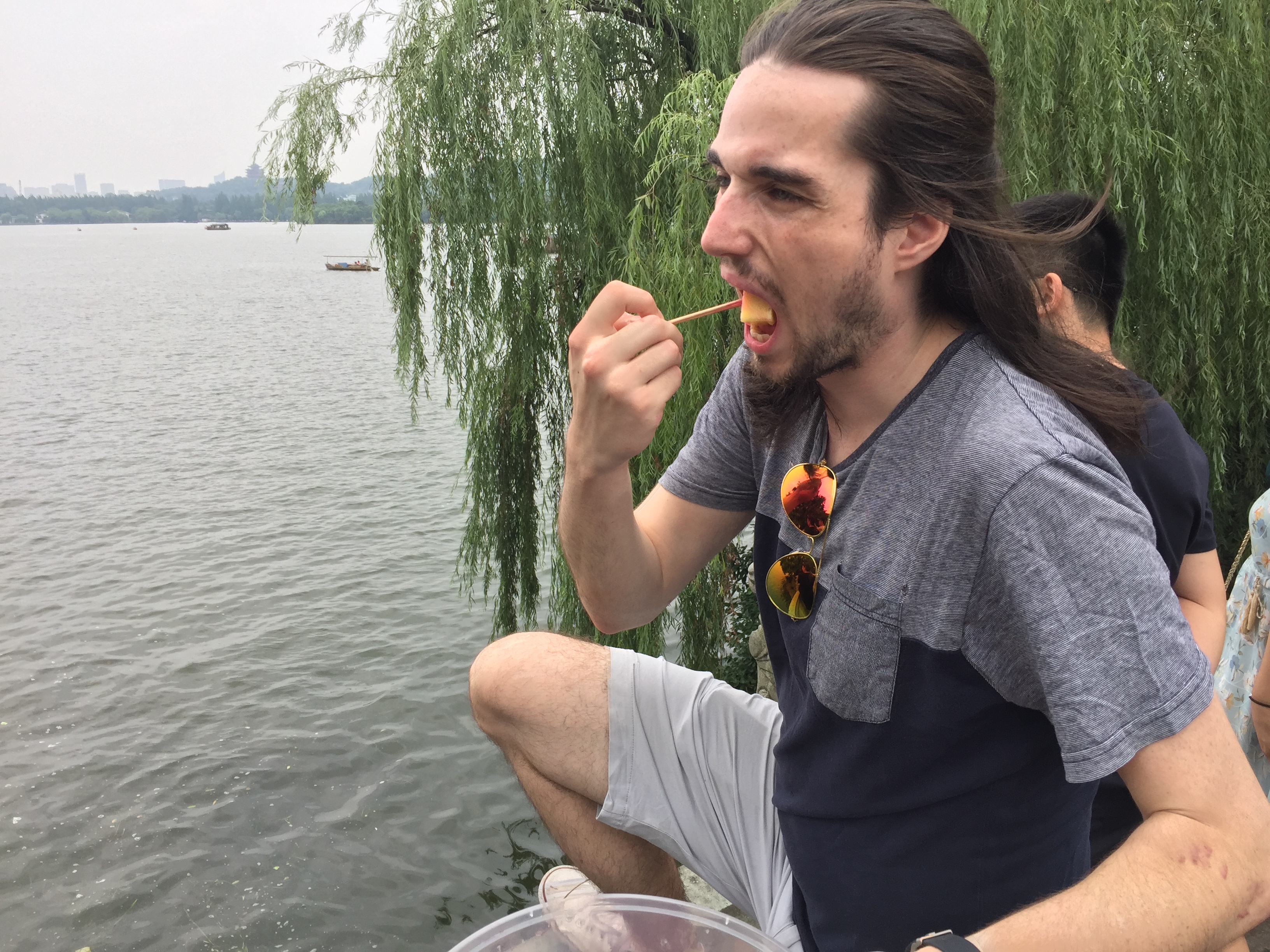 成都 (Chengdu), 南京 (Nanjing), 武汉 (Wuhan), 大同 (Datong) and 青岛 (Qingdao) are all runner ups, but it can be difficult to pull apart how much you enjoyed a city from the conditions you visited it under - I visited most of these cities outside of peak tourist season which makes a big difference.

Outside of China, I was also a huge fan of Seoul both time I went - the city is so dense it feels like no matter where you go or what corner you turn there’s always something new to see/do/eat/drink. My four day hike up Poon Hill in Pokhara, Nepal was also pretty incredible, but you’ll see more about that in a future post!