All good things must come to an end. On April 29th I had my last day at Microsoft Research Asia. My team took me out to a nice restaurant nearby and told me they thought my Mandarin had improved greatly over these six months. I formatted my computer, received my certificate of completion, packed up my things, and the next day I got on a flight. I had a great time here and am sad to be leaving Asia…

I did get on a flight, but it landed in Hong Kong. I spent a day there, then got on a flight back to Beijing where I met up with a ${word for beautiful or cute or awesome} ${partner or kitten or lady}. We spent the last two and a half weeks traveling around China (洛阳 (luoyang) 西安 (xi’an) 成都 (chengdu) 昆明 (kunming) and 大理 (dali) for those who are curious), which is why this blog post is so late. 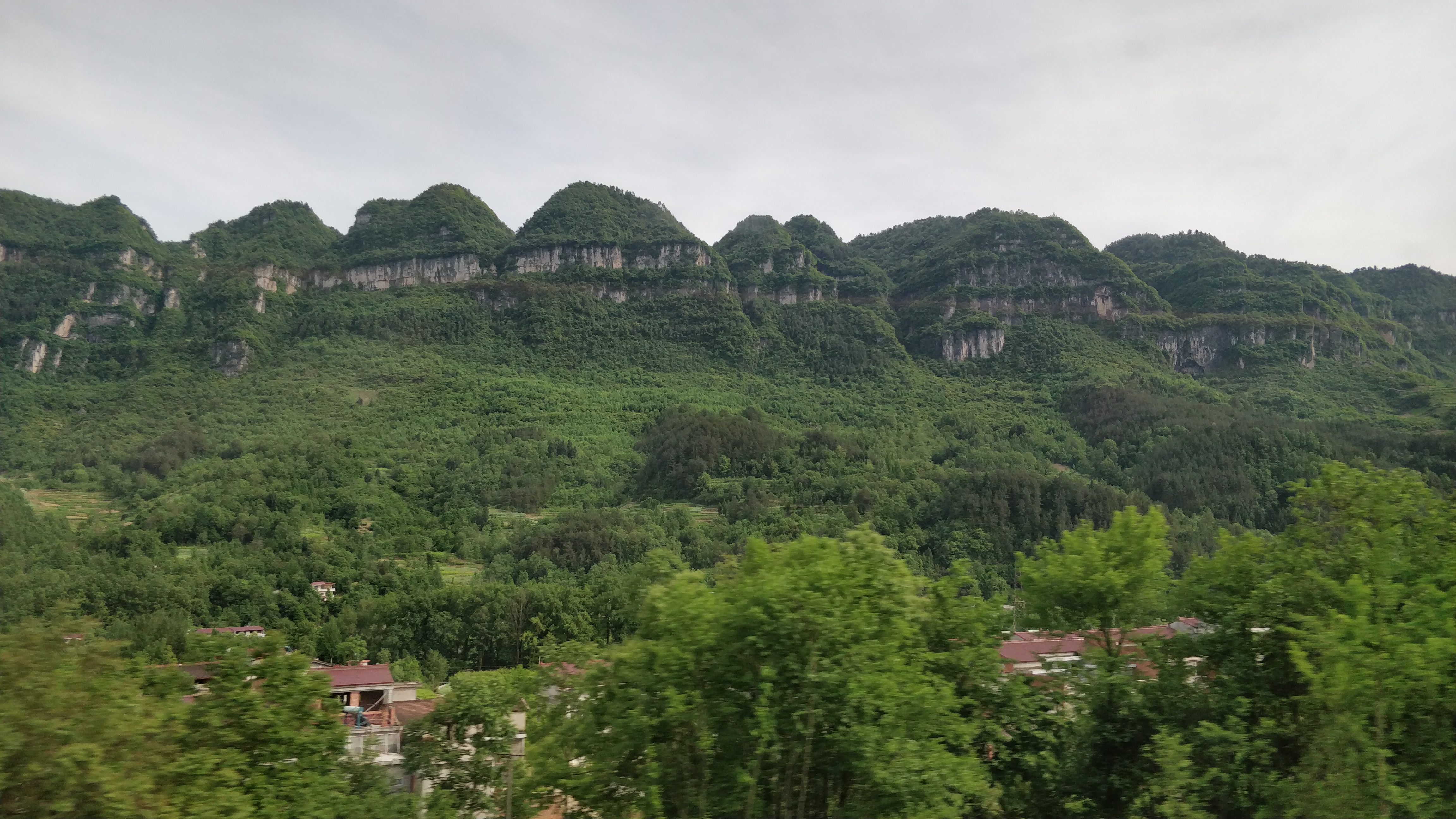 There are some magnificent views from the 高铁 (gaotie, literally "tall rail", the high speed train. 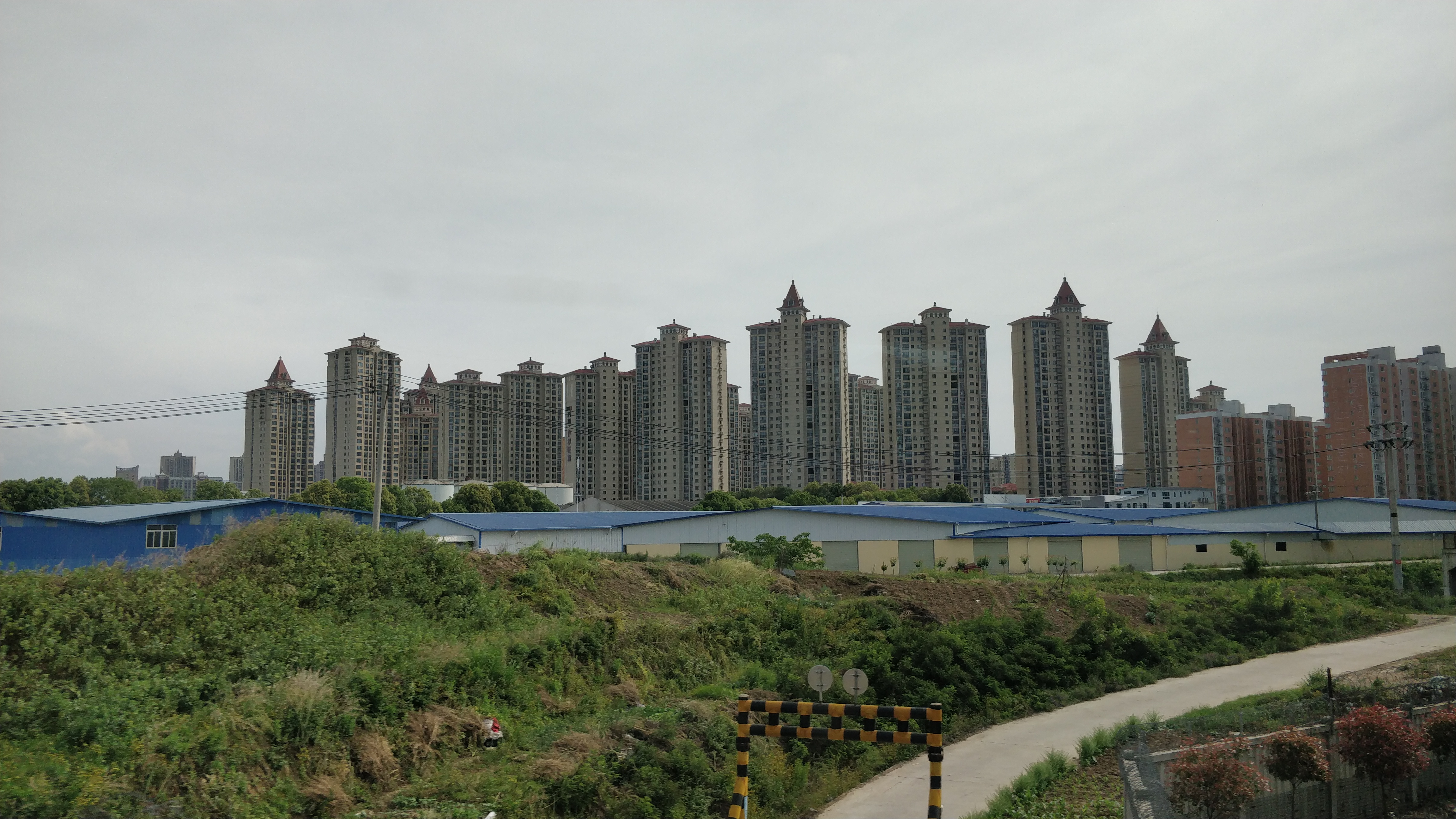 Even when the map says you're in the middle of nowhere there's still development (also shot from the 高铁 (gaotie, high speed train))

My time at Microsoft was an excellent introduction to China. When I first arrived in Beijing I couldn’t even order a cup of coffee properly despite my two years of Chinese classes. I made some friends and went through three roommates (they left cause their internship ended, not cause they didn’t like me) who helped introduce me to China. There were obvious things like helping me set up a bank account or buy a phone plan, and then there were smaller things like showing me which apps the locals use to find food, what street food was good, or how to save money at restaurants using a coupon app. The job also helped as well - coming to a new country is pretty jarring, and having a place to go and something to do five days a week helped smoothed the transition. 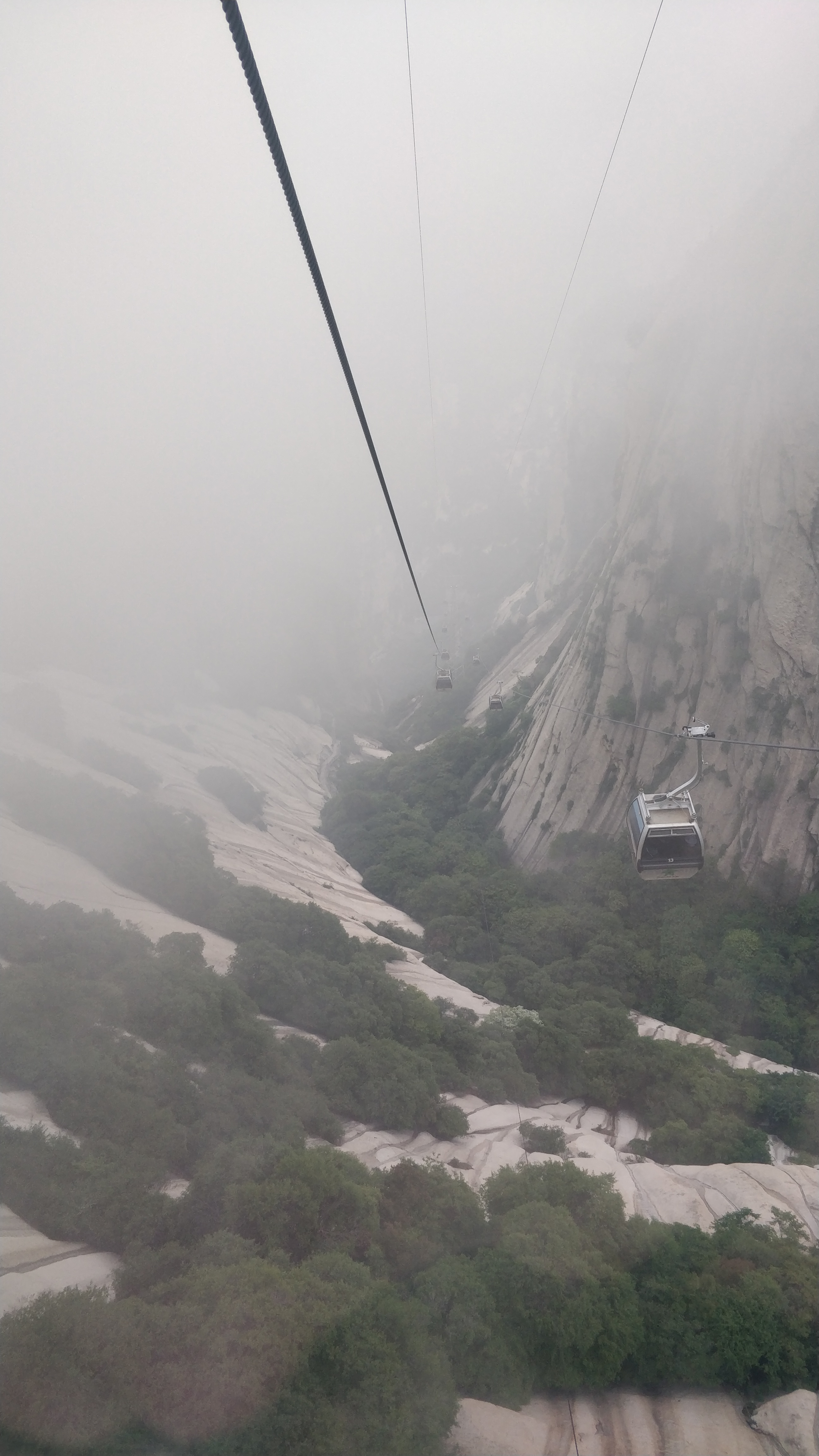 While staying in 西安 (xi'an) in 陕西 (shanxi) province, we went to 华山 (huashan), a famous Daoist mountain. They have cable cars that bring you up to the lowest peak... 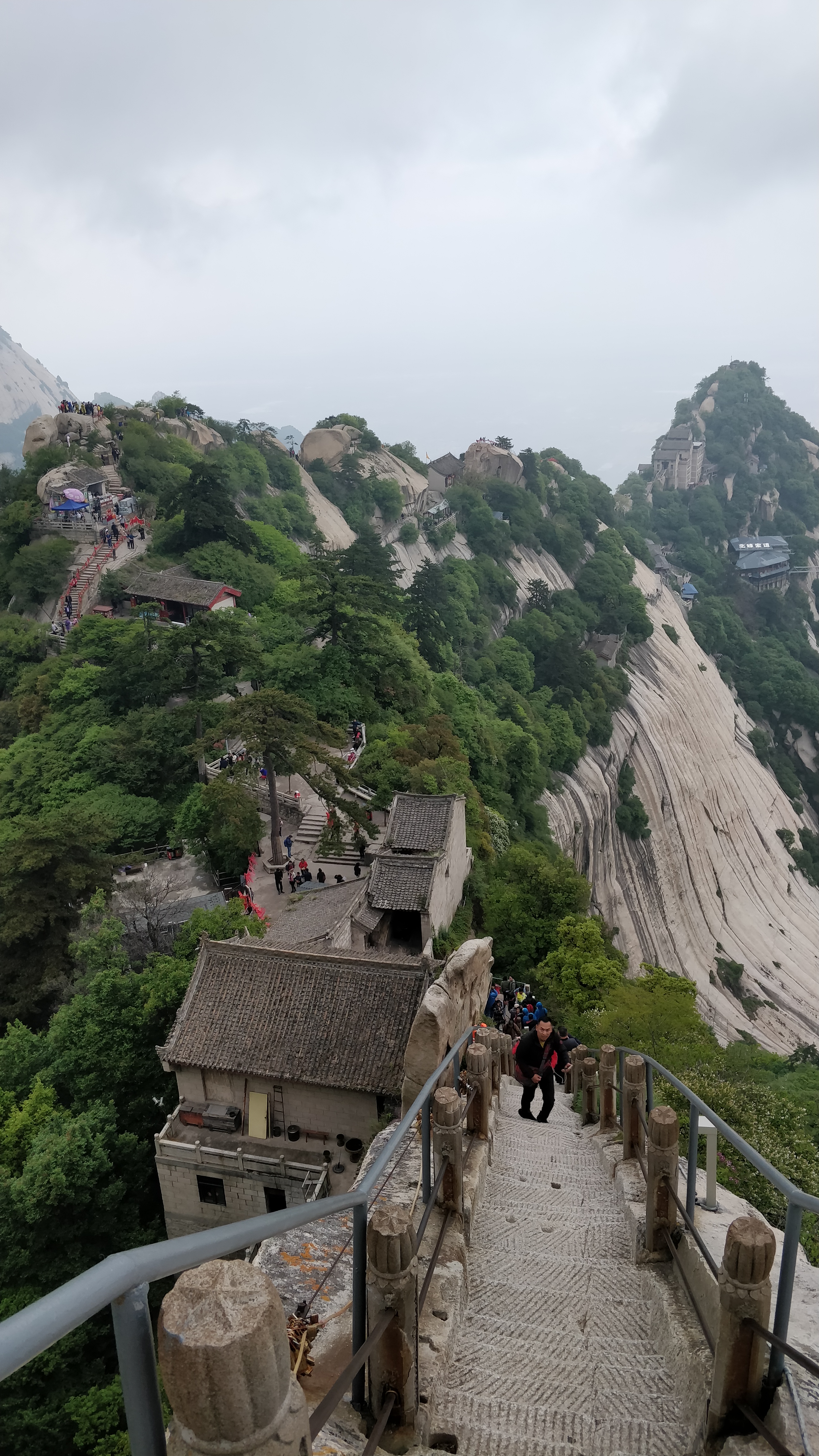 ...and then you can climb your way to the highest. 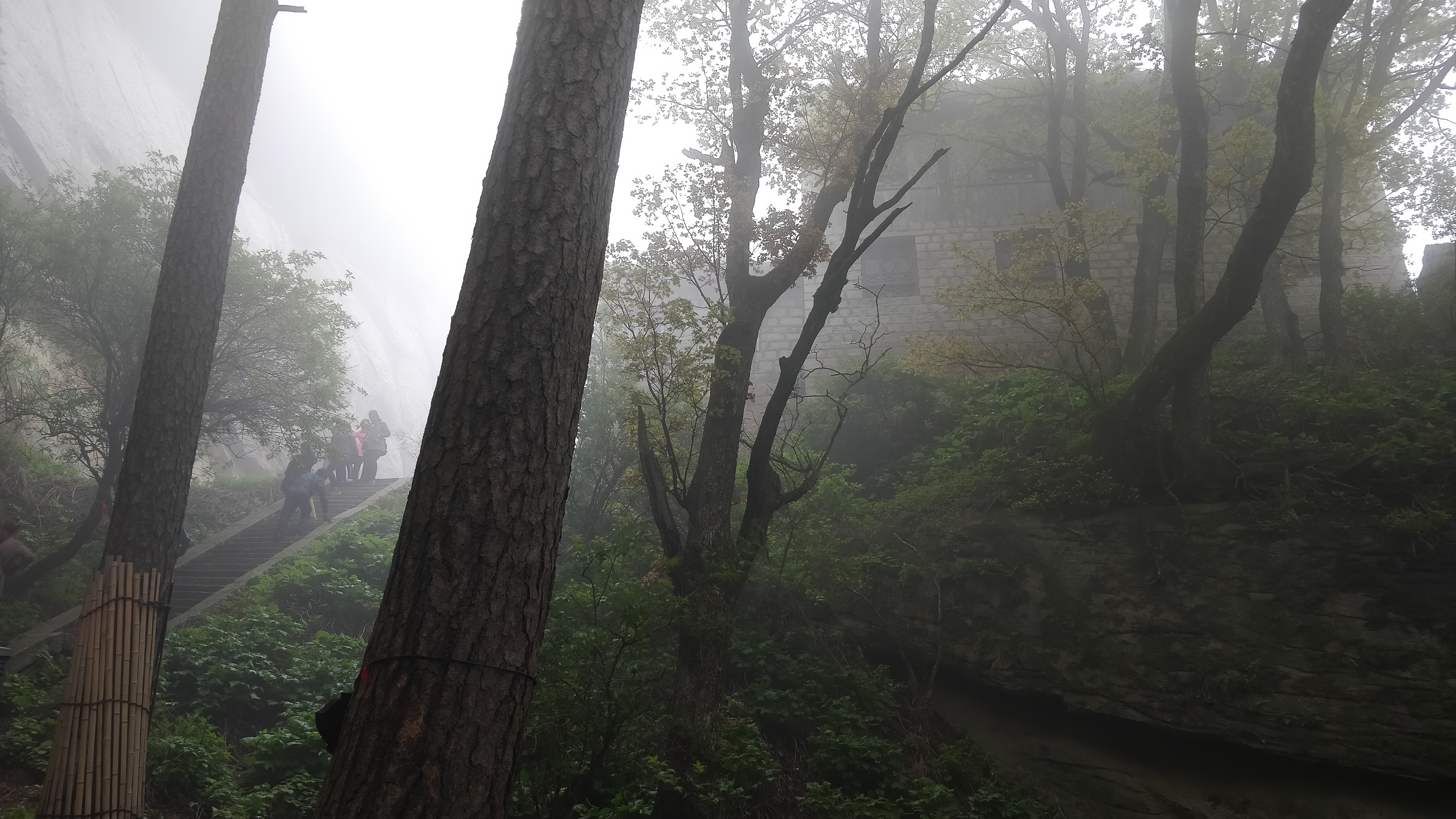 The day we went it was pretty cloudy, which means foggy when you're that high up, so it gave the whole place a mystical vibe.

Some of you may wonder what I actually did at Microsoft. I was assigned to a project in what is probably my least favorite area of computer science: databases. Databases is also the area that I have never actually taken a formal class on, and an area that I consider to be one of my weakest. In some sense this was actually fortunate, as it allowed me to shore up a weak point in my studies. For the less technically minded: I helped to build a prototype of a new type of database. For the more technically minded: I built a prototype of a query execution engine that was meant to use a flexible query language and a flexible storage engine. Think using mongo syntax to query MySQL, or using SQL to query redis, etc. The prototype demonstrated only one use case - mongo queries targeting a table based data store - but if the project continues it would continue to be built out to support all mentioned query languages and data stores. The project was written in C++, which I both have very little experience in, and detest. I got much better at it (as one would expect, using it everyday for six months), but I still hope to never use it again. 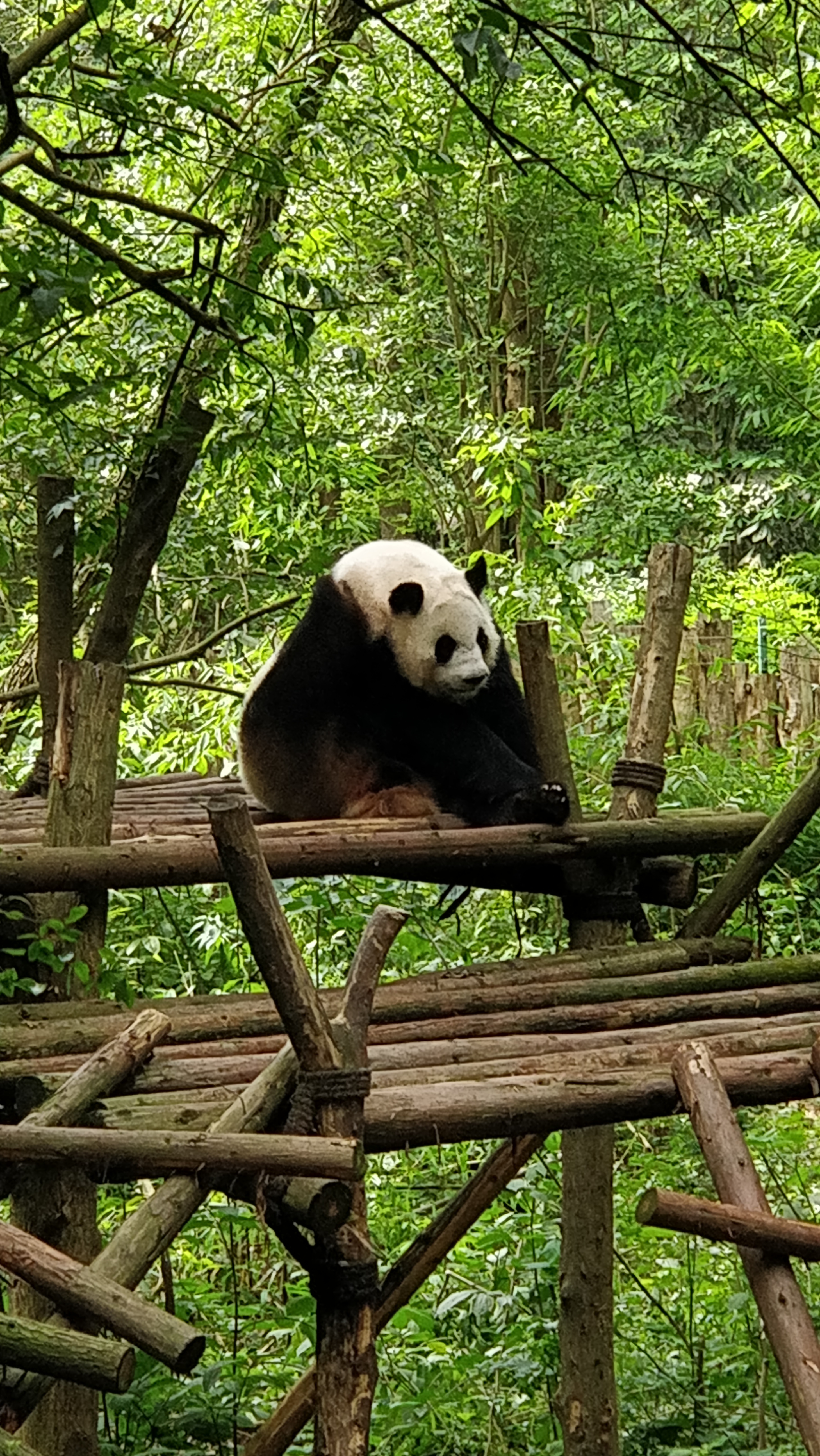 In 成都 (chengdu) there are two important things. One is pandas... 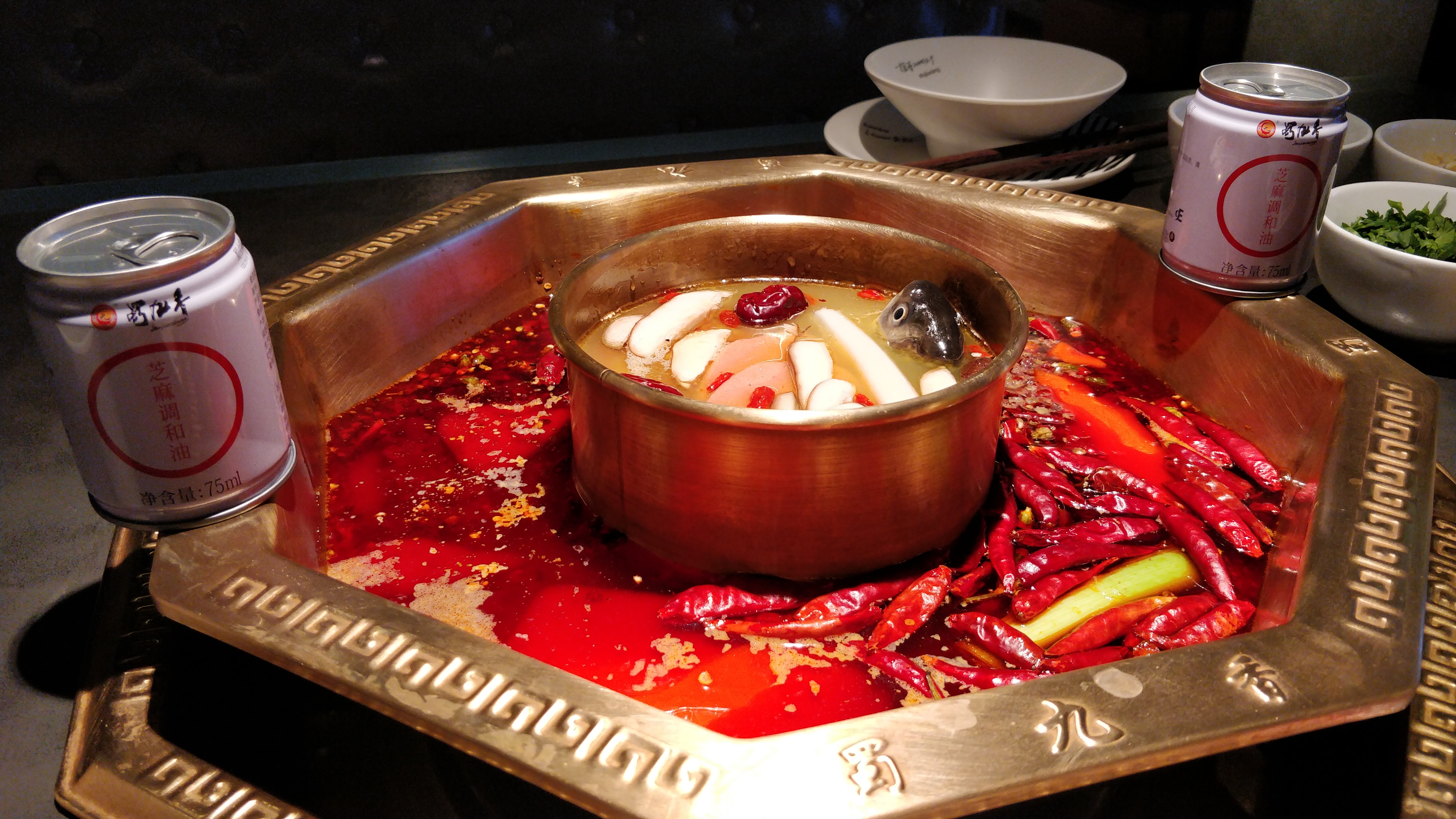 ...and the other is hotpot. Our favorite was 蜀九香 (shujiuxiang).

My Chinese has made leaps and bounds, as one would hope coming to a foreign country, and I can now confidently order a coffee. Strong accents, noisy places, unfamiliar topics and rapid speech still all give me trouble, but in a quiet environment with a patient speaker I can actually have a real adult conversation without needing to stop them every other sentence. There is still much work to be done, and I hope to continue to earnestly practice in my adventures to come. 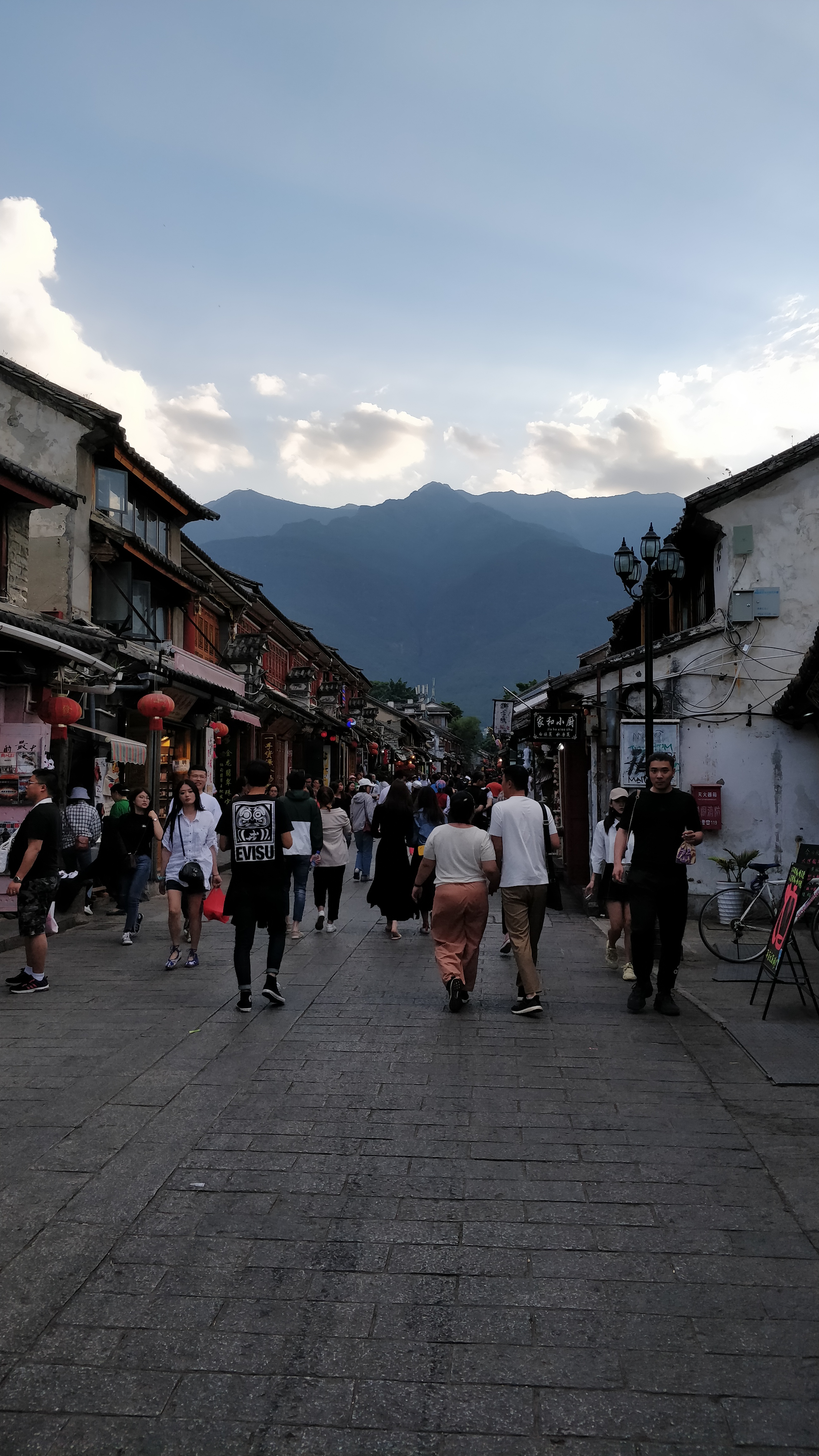 大理 (dali) was the most scenic place we went, and home to a huge night market, pictured here. 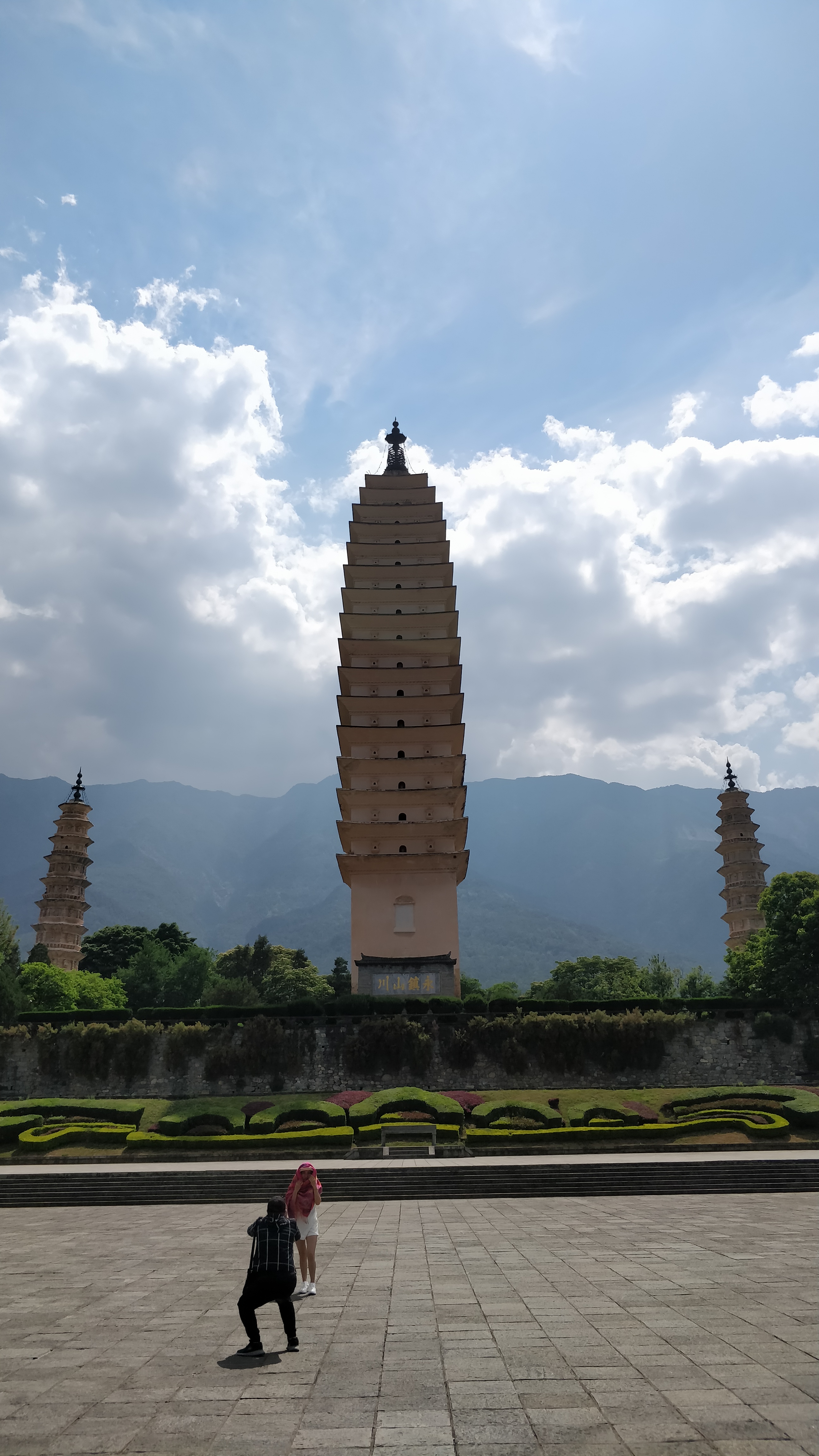 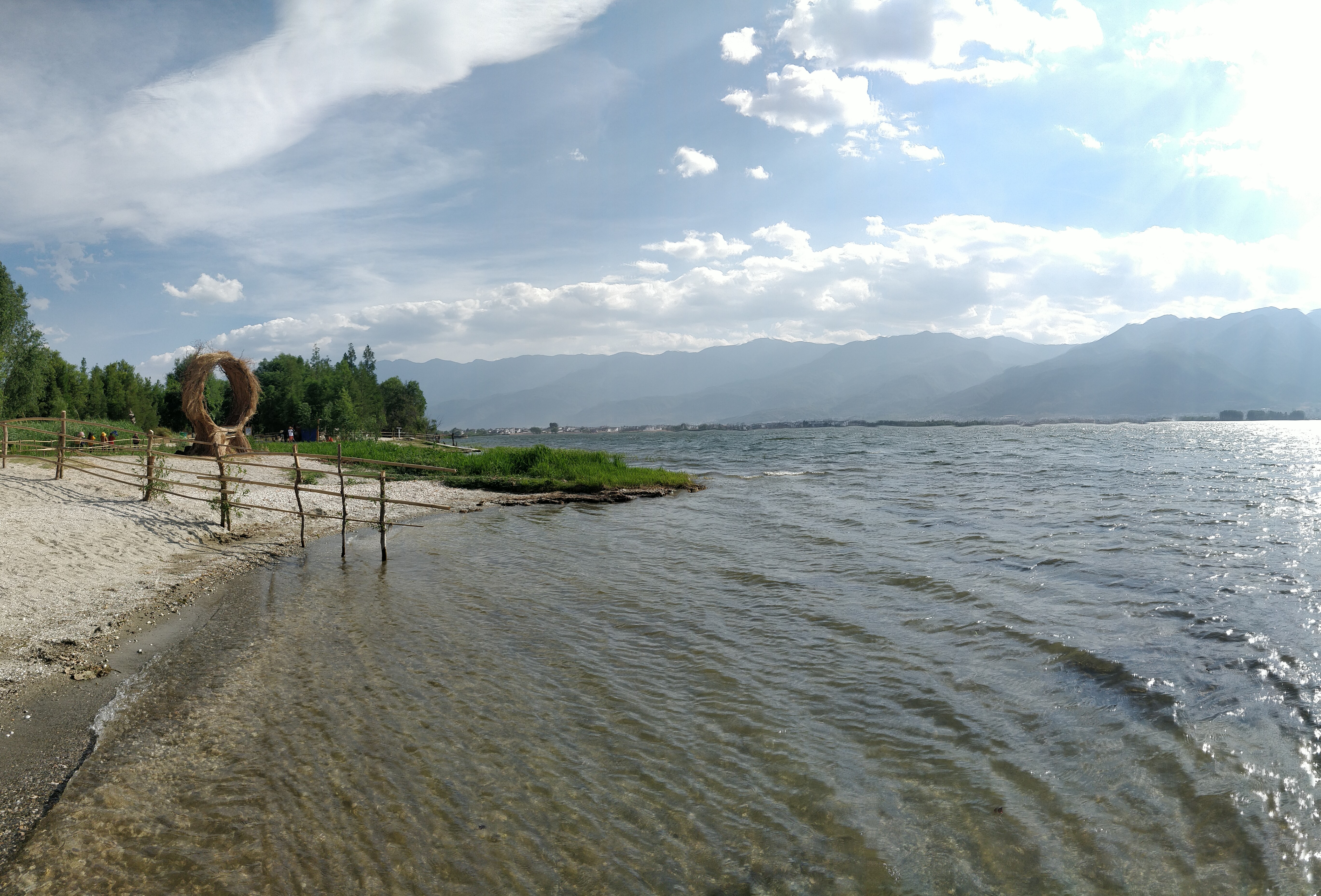 We took an electric scooter to the beach on the lake in 大理 (dali). 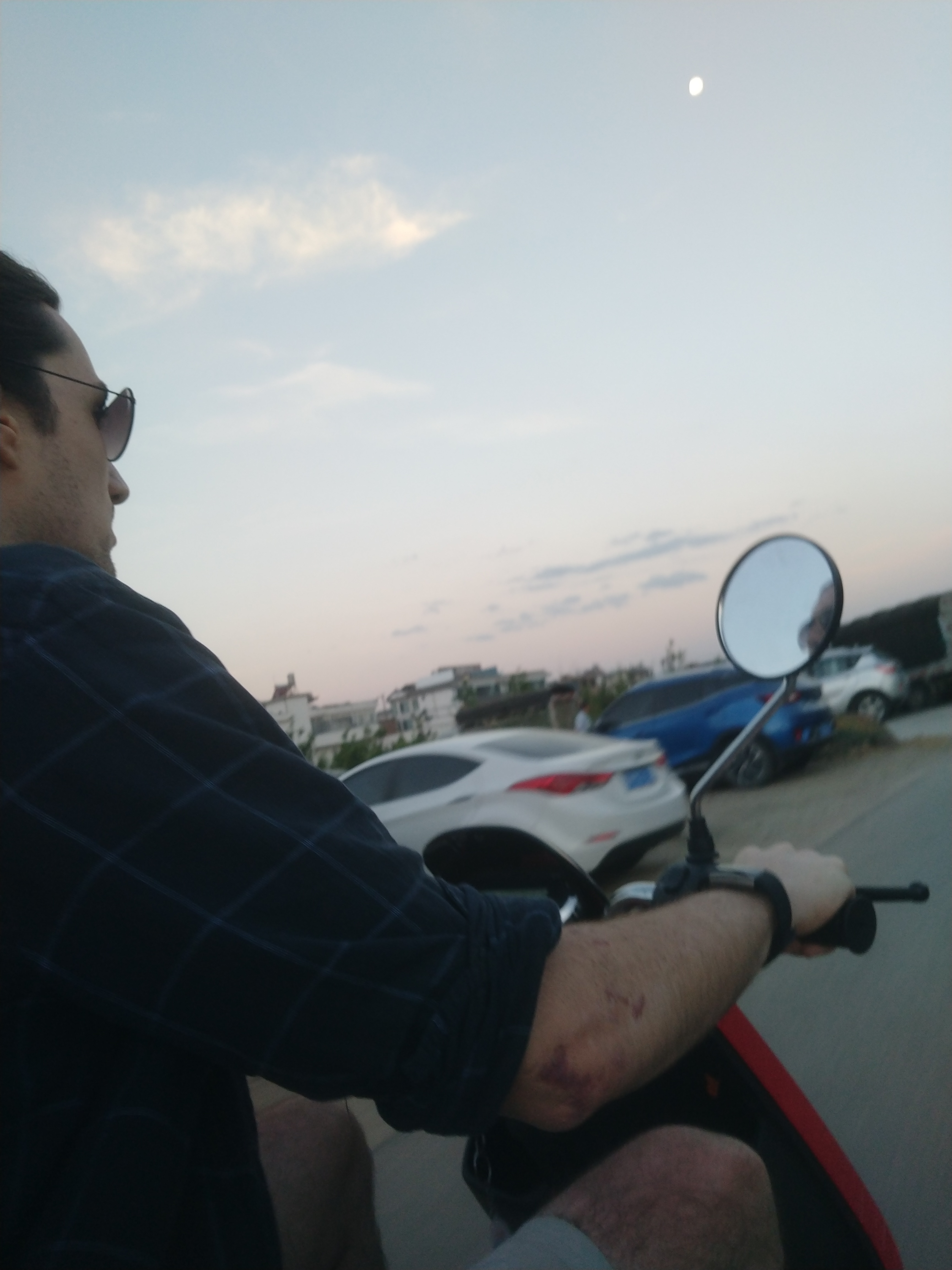 It was my first time driving an electric scooter 😁 Thankfully I had a great teacher. 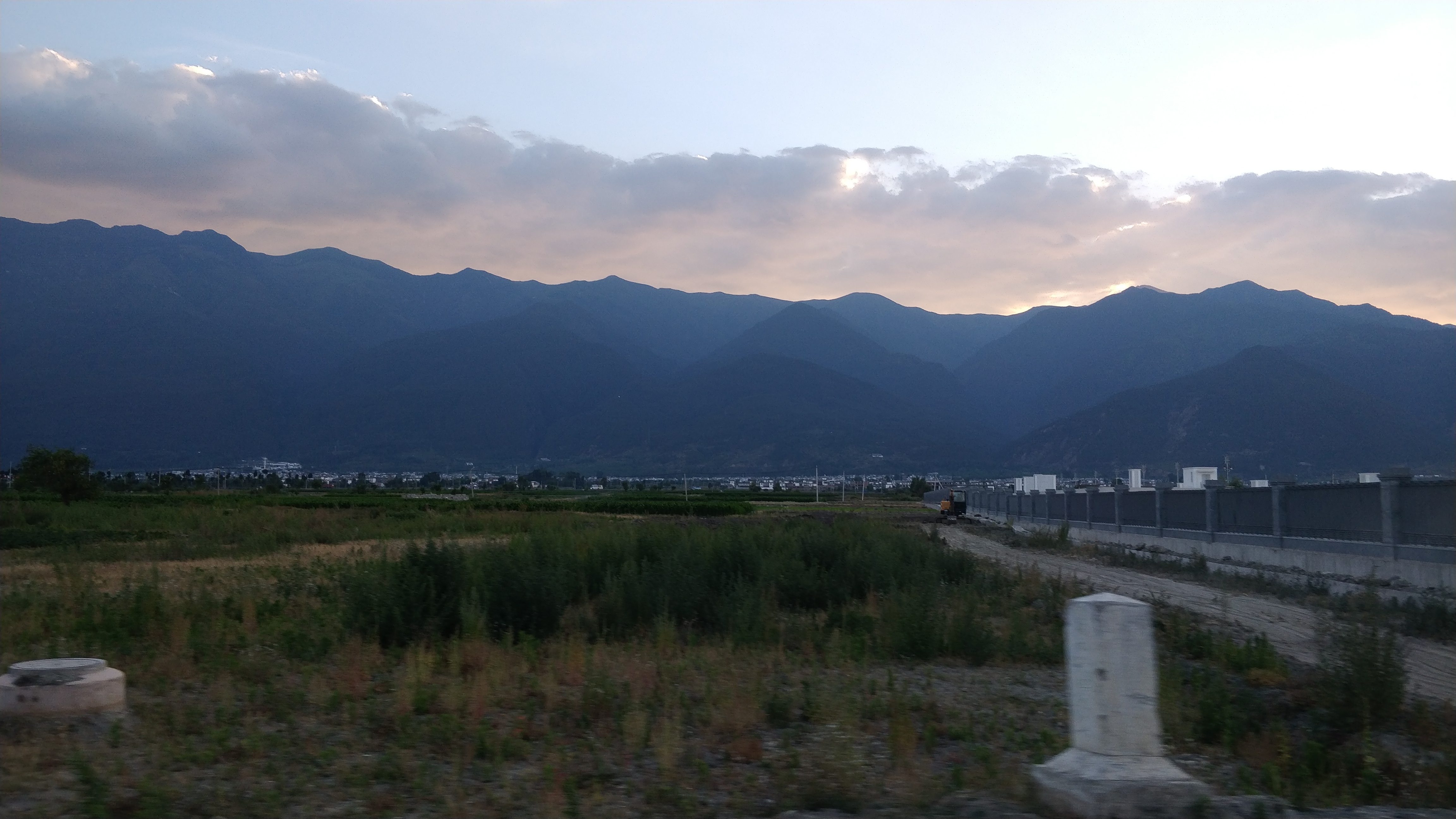 Saw some beautiful sunset views on the way back. 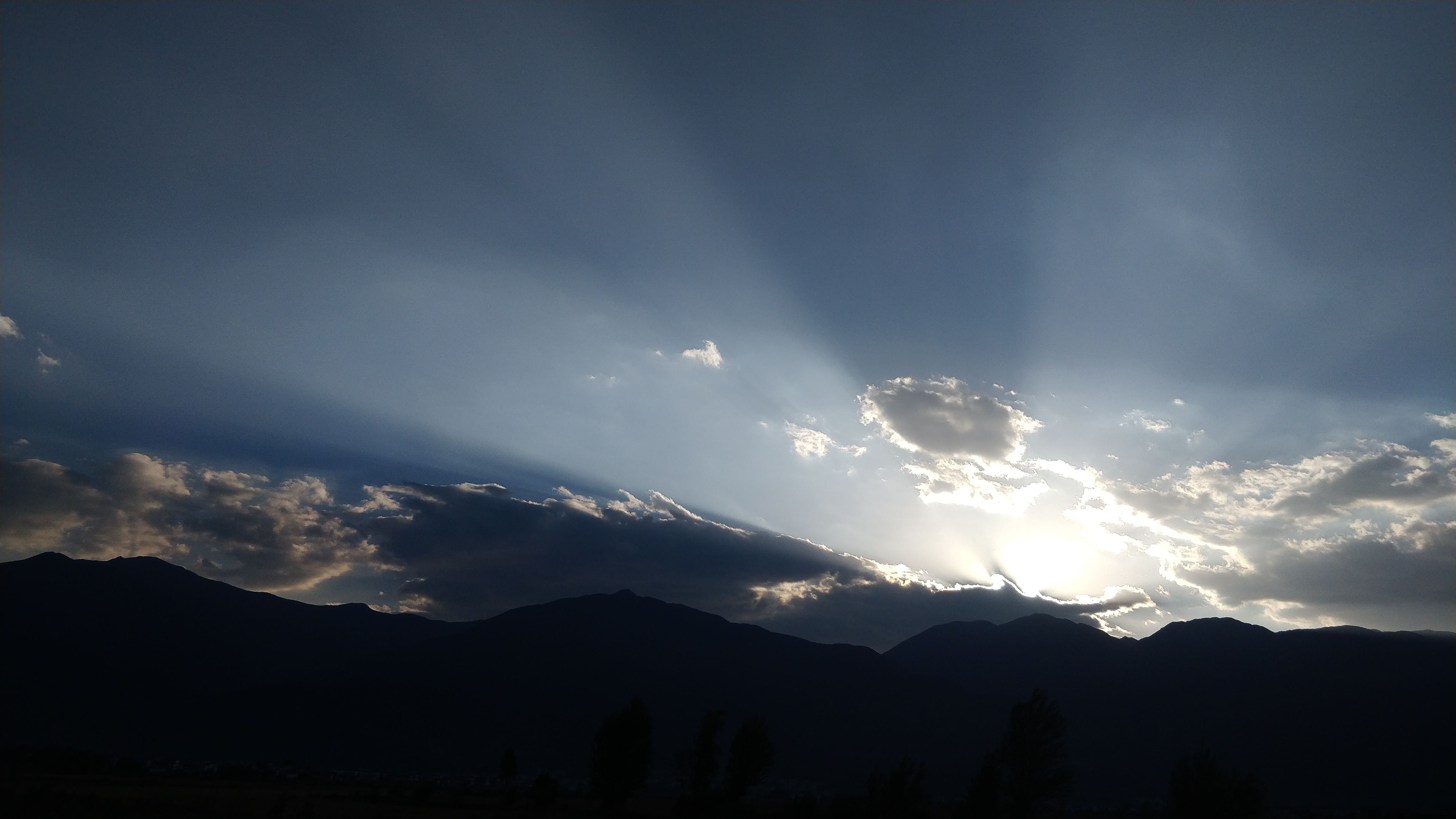 I also feel much more confident in my ability to navigate in China now (booking places to stay, train tickets, metro stations), and am excited to (finally) be free of my full time internship. I have no concrete plans for the future, just broad strokes. I have some friends coming to visit Asia over summer break and hope to meet up with them. My Dad and two younger brothers are coming for a month long family trip through China at the end of July - to where in China exactly is still up in the air. As for the time not filled with friends or family I plan to travel to less well known spots and try them on for size. I write this from the small(er) town of 秦皇岛 (qinhuangdao), a three hour train ride from Beijing and right on the water. My days are open and I want to continue practicing Chinese, writing blog posts, and start working on some small online startup. If all goes according to plan I manage to make some money and retain my folly of freedom. If not, well, I’ll use my last thousand dollars on a plane ticket back home.

Bathing my feet in the 渤海 (bohai "Bohai Sea") on the coast of 秦皇岛 (qinghuangdao, literally "Emporer of Qin's Island", a town in 河北 (hebei) province).

Come visit me! I’ll be your tour guide 😎