In retrospect, I was not prepared.

Not in the “everything is so different and I can’t understand anyone and the sky is constantly blanketed by smog” sense, but in the sense of being physically unprepared. I only brought enough cash for a couple of days but I wasn’t getting paid for two weeks. I didn’t look up the Chinese address of the hotel - only the English one, which my taxi driver couldn’t understand. I didn’t look up when the hotel closes (I just assumed it was 24 hours) and came within a half hour of having to spend a night on the streets of a foreign country where I knew no one. I didn’t cache maps for the route to work on my phone for my first day. And, compounding all this, I only prepared one homemade VPN, which immediately failed me when I tried to use it the first time. “It’s only hubris if I fail” - Julius Caeser. 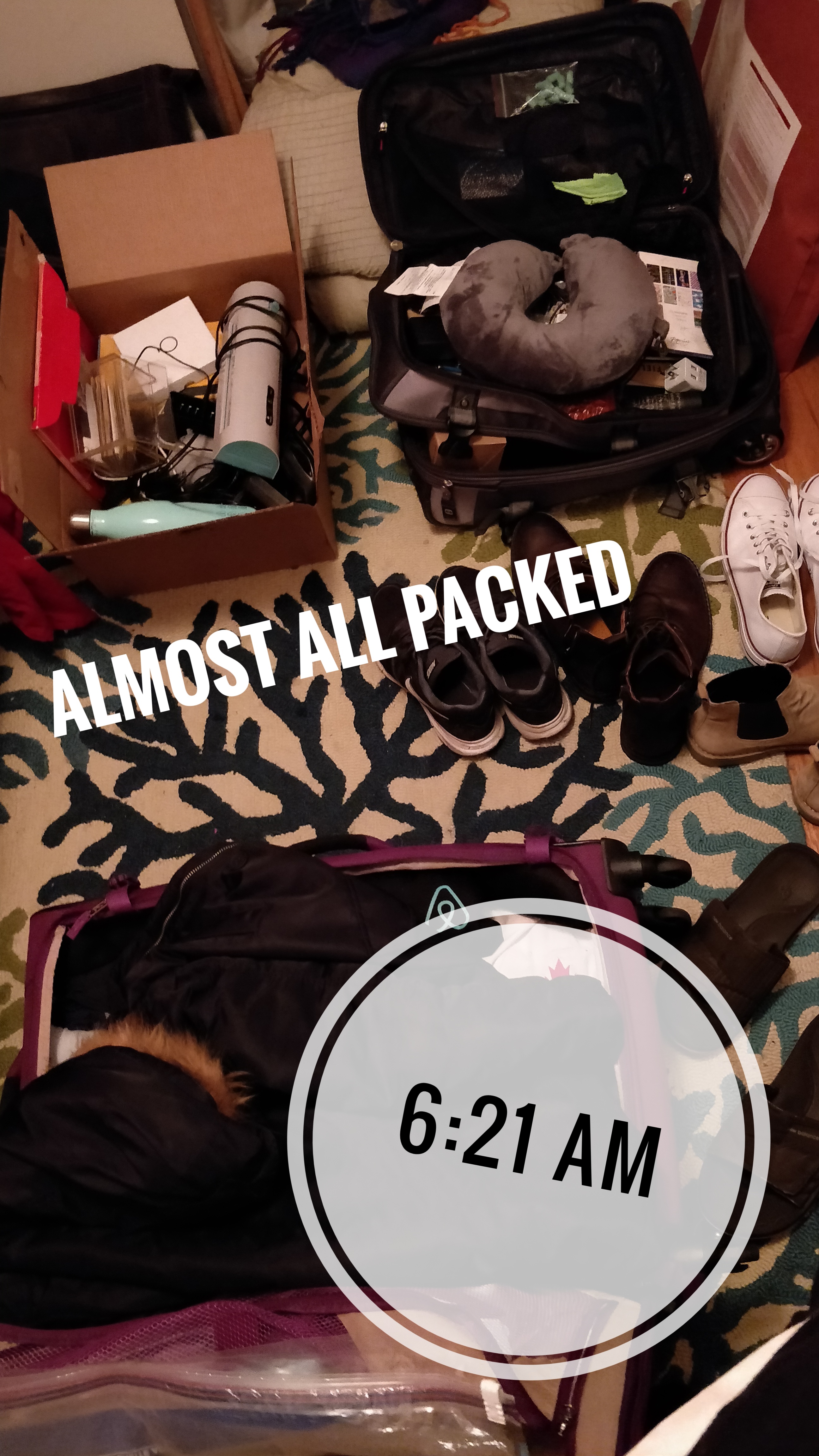 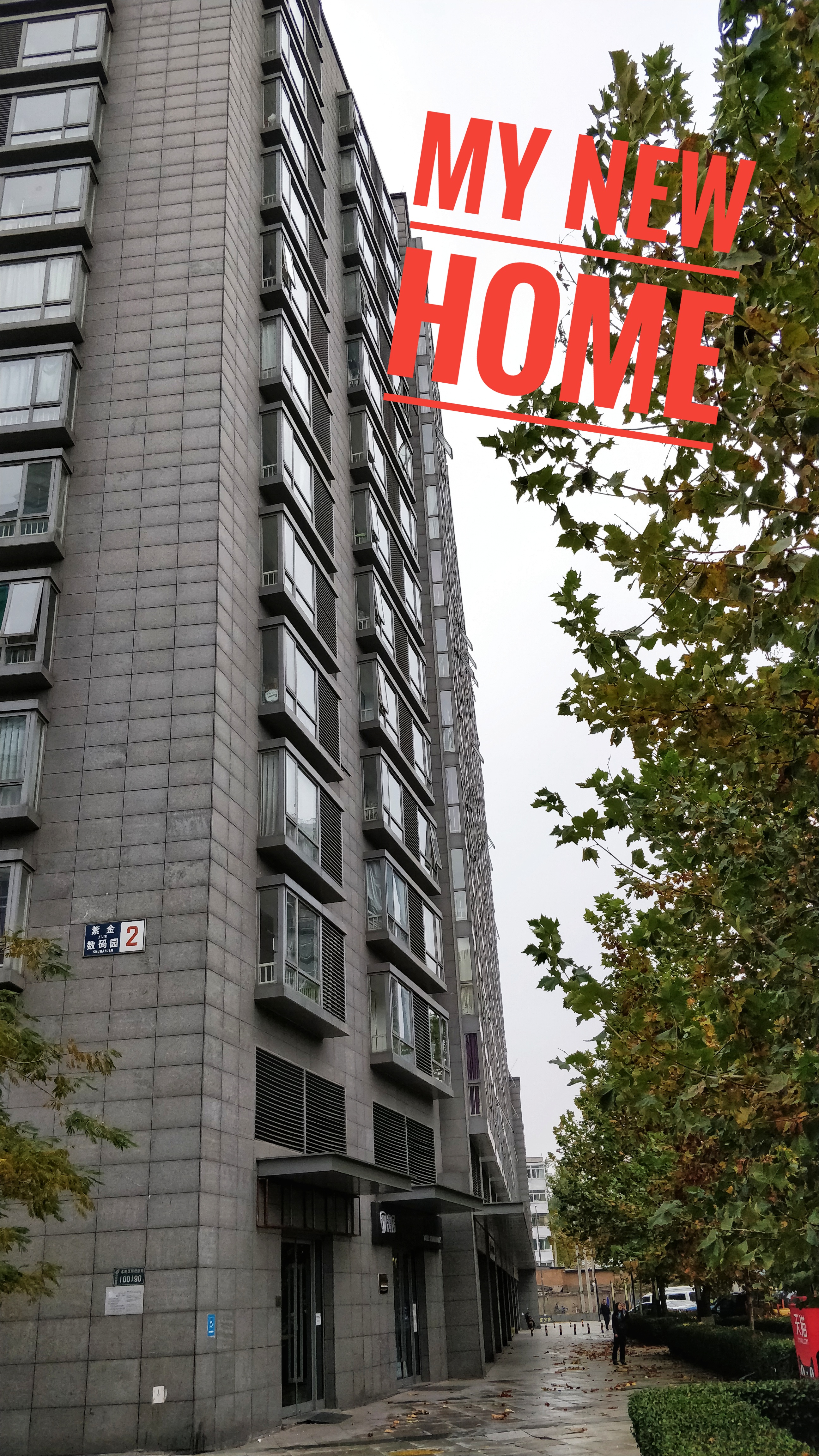 Through a combination of luck, bad Chinese, and helpful natives I have survived a week. I have applied for a bank account, which mostly involved me saying “我听不懂” (“wotingbudong” or “I don’t understand”) and handing over every document I had. I started my job at Microsoft, which is the only place I’ve found people that can speak English with a high degree of proficiency. Even there, people’s abilities vary wildly. My mentor, the two fellow interns on my team, and my roommate are all thankfully all very fluent. So fluent that I sometimes I forget I’m in China. Then I try to check my email and remember it’s blocked. I got a mobile phone number and data with the help of my roommate, and within minutes received my first Chinese spam text. 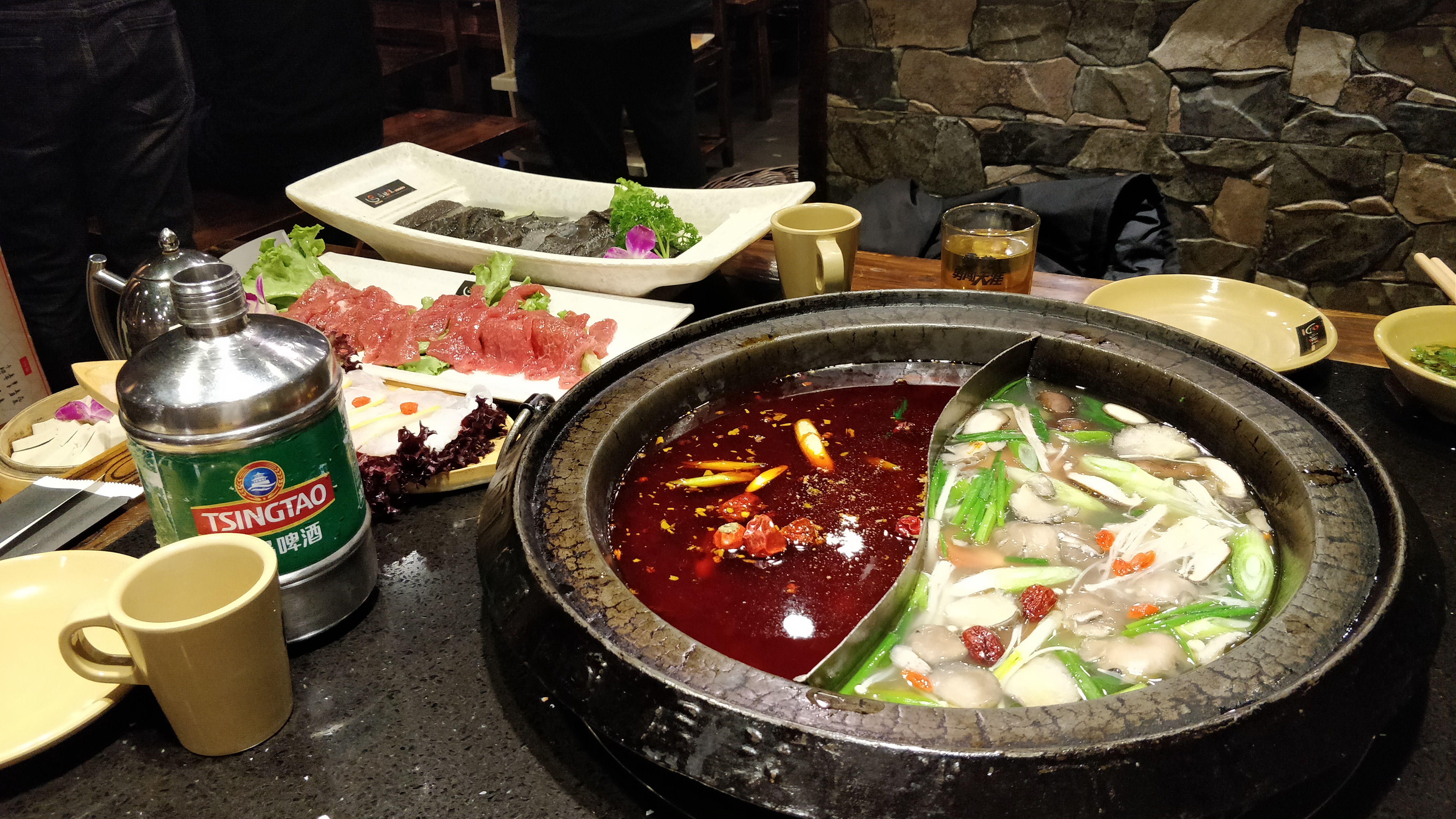 火锅 (huoguo) "Hotpot". On the left is the spicy side, on the right is the non-Sichuan people side.

Everything I had heard about Beijing is true. The buses and subway are packed. “Don’t Walk” signs are optional. QR codes are everywhere. You can use your phone to pay for everything. In some places you must use your phone to pay. You must be alert when walking on the streets. I have a theory that the reason why voice messages are so popular in China is because if you walk around staring down at your phone you’ll get run over. But you can keep your head up and talk to your phone at the same time. 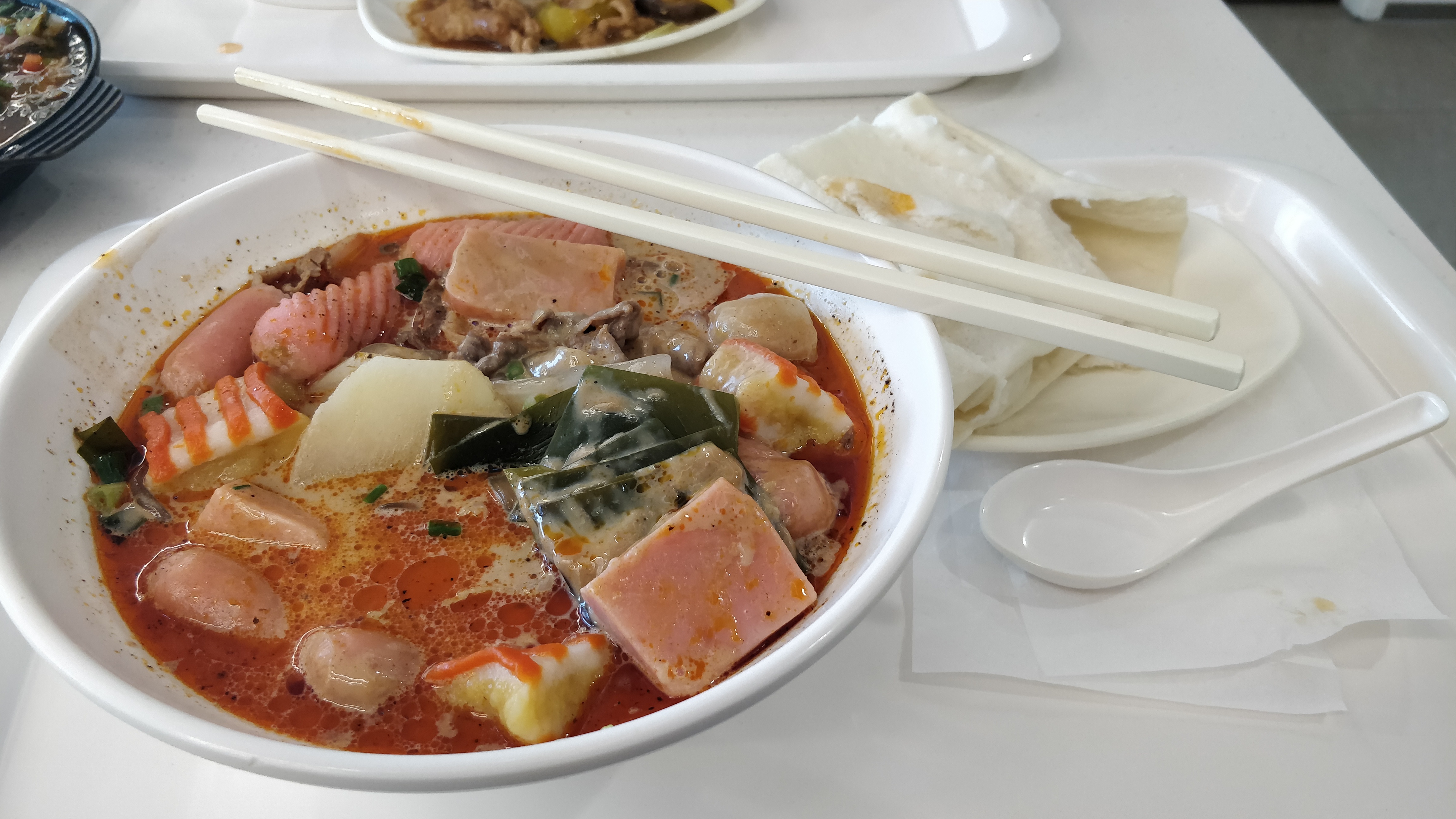 麻辣烫 (malatang) "Spicy Hot Soup". My favorite thing in the cafeteria at Microsoft so far.

I live in the Haidian district of Beijing, which is a small part of China. My daily commute takes me down about three streets in total. I want to stress that any generalizations I make do not necessarily apply to all of China, or even all of Beijing. Perhaps they do! I wouldn’t know. I haven’t been. 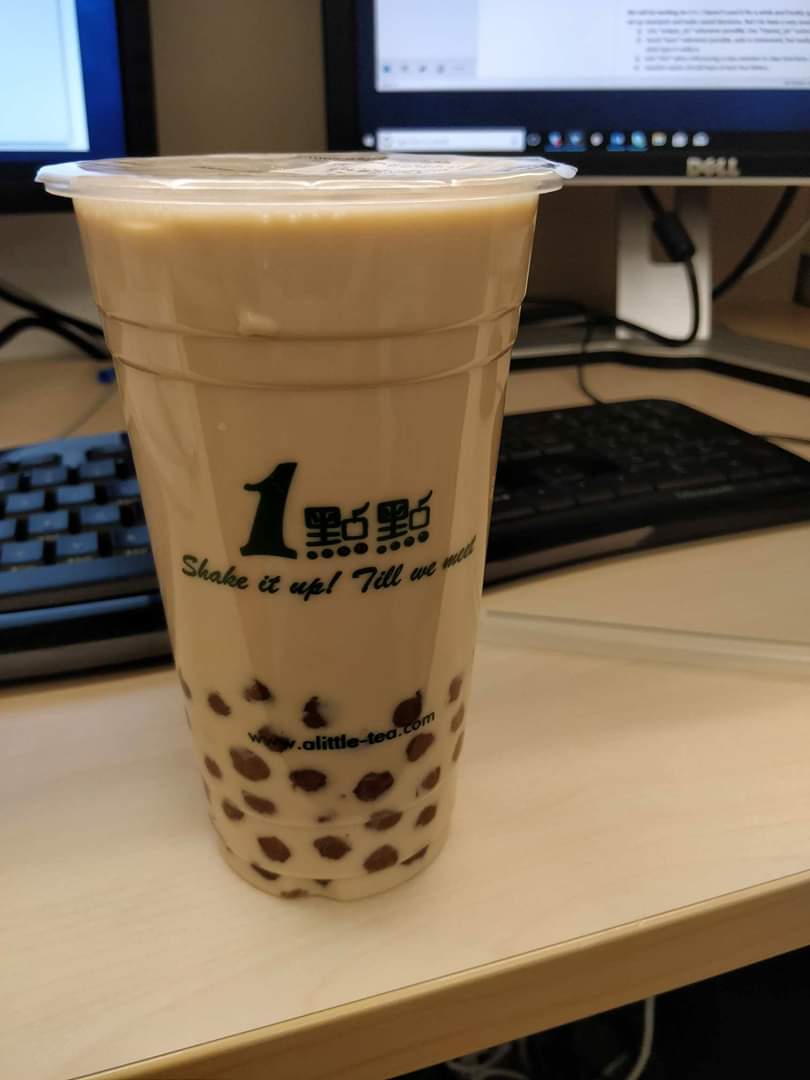 一点点 (yidiandian), literally "A Little Bit" is a bubble tea shop. After I announced that I was craving boba, my fellow intern pulled out his phone and ordered it right to the office for less than $3. 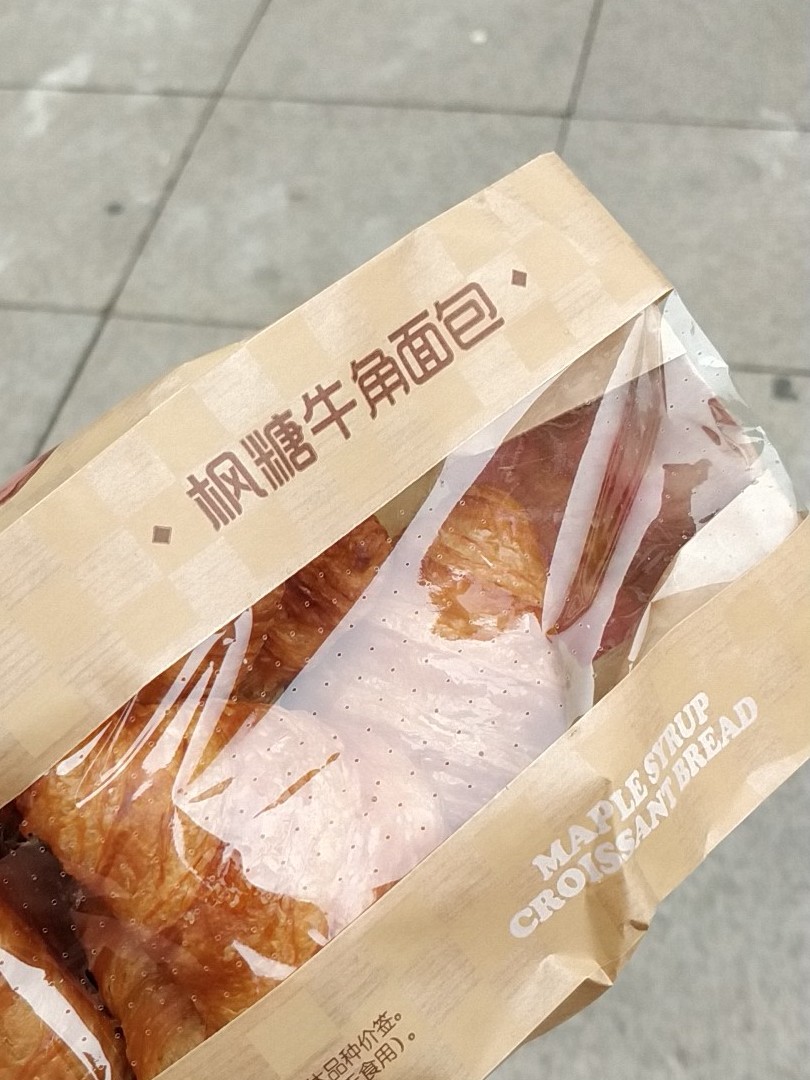 There are two things that have struck me right off the bat. The first is the prevalance of public servants. Everywhere I turn I see a policeman, a street sweeper, an extra bus attendant, a public safety station, a parking lot attendant. In America you have a person take your food order and you push a button to get off the bus. In Beijing you order from a QR code and you tell the bus attendant (who is a separate person from the bus driver) that you want to get off the bus.

The other is that rules are, for the most part, more like suggestions. Especially when it comes to traffic. Bicicyles in the street, mopeds on the sidewalk, cars in the bike lane, pedestrians walking through oncoming traffic, scooters (the big ones not the toys) driving around a parking garage gate arm with an attendant watching, cars vertically parked on slanted parking spaces, a truck parked in a one way lane with a car honking incessantly behind it and the driver not even batting an eye, a taxi reversing out of a metro station through a crowd of people, all this I have witnessed in not even a week. The basic rule of thumb seems to be “if it fits, then it belongs.” 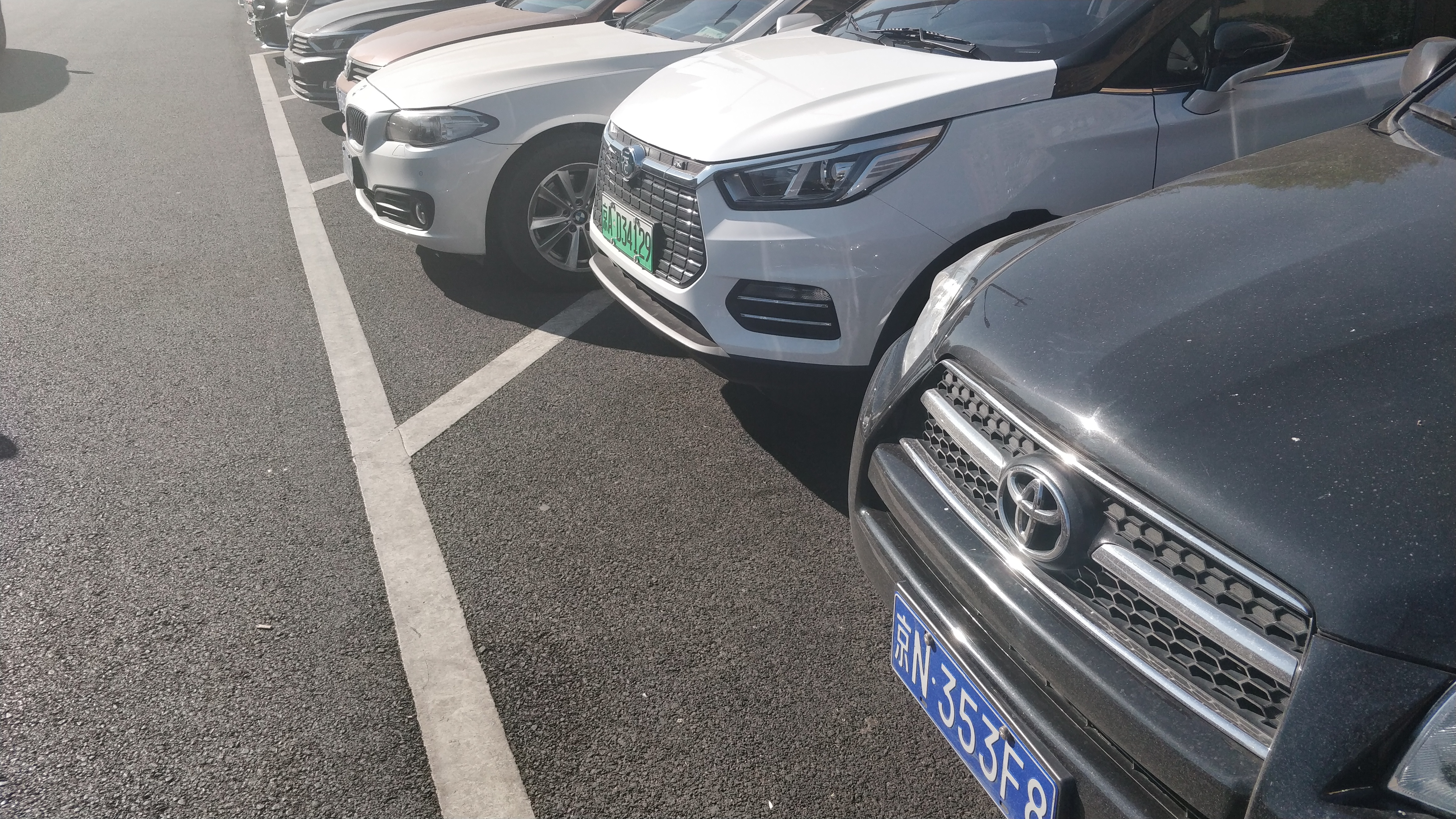 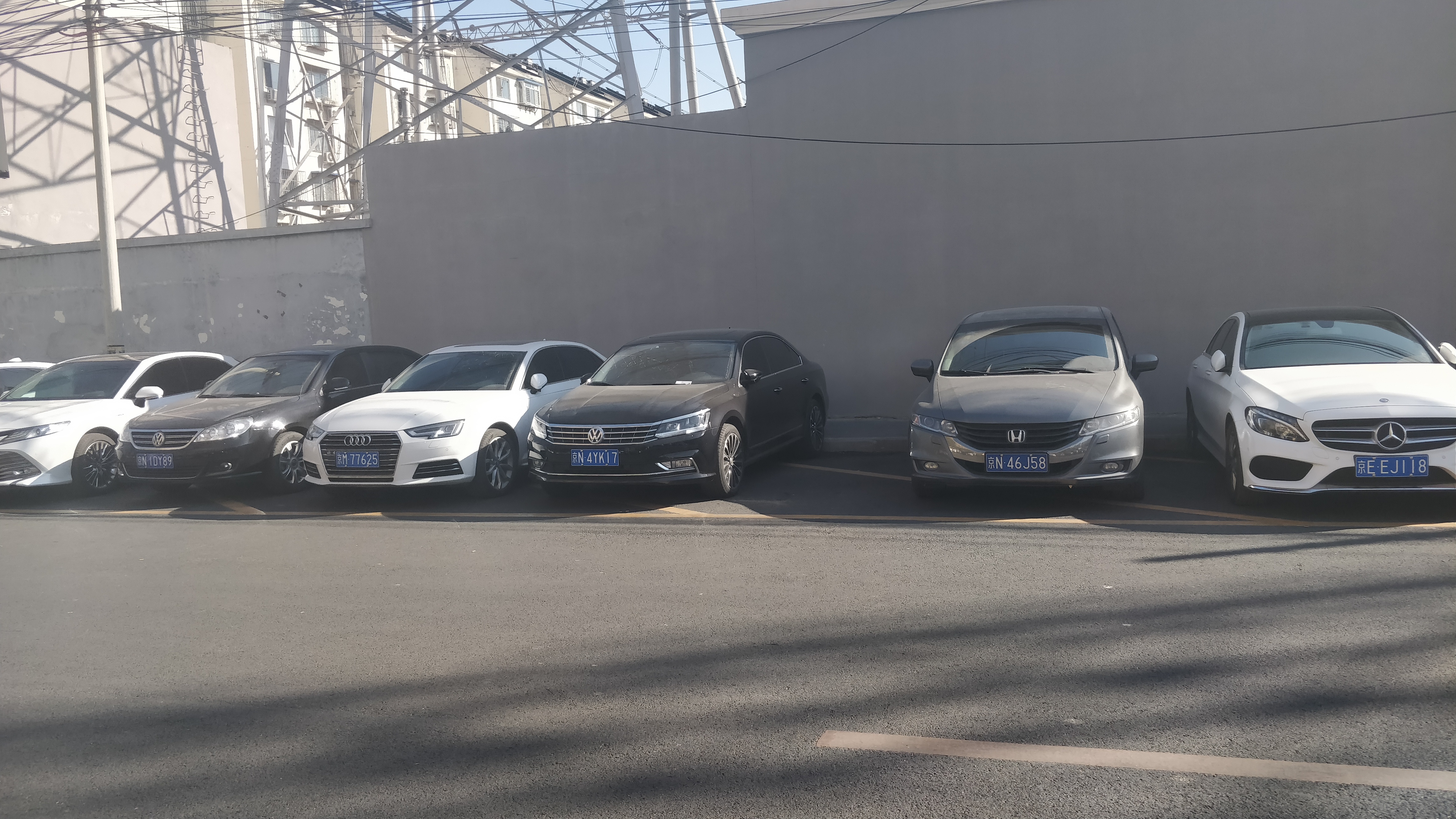 Although it's a little hard to see in the second image, the lines on the street indicate diagonal parking. The cars have chosen otherwise...

I find this all delightful. There is a certain amount of competence, it seems to me, that every Beijinger affords another. A vehicle doesn’t take a quick left turn into a crowd of pedestrians because it’s trying to hit people - the driver knows that the pedestrians are staying alert and will get the hell out of the way. A moped drives on the sidewalk because the driver can honk and pedestrians will spring out of the way. A pedestrian walks into incoming traffic because they can weave their way through the cars and they trust the drivers to not hit them. If you’re an able bodied human being this social contract is almost certainly more efficient. As for accident rates… I don’t know the statistics, but I’ve never seen even a close call (in my extensive one week experience). 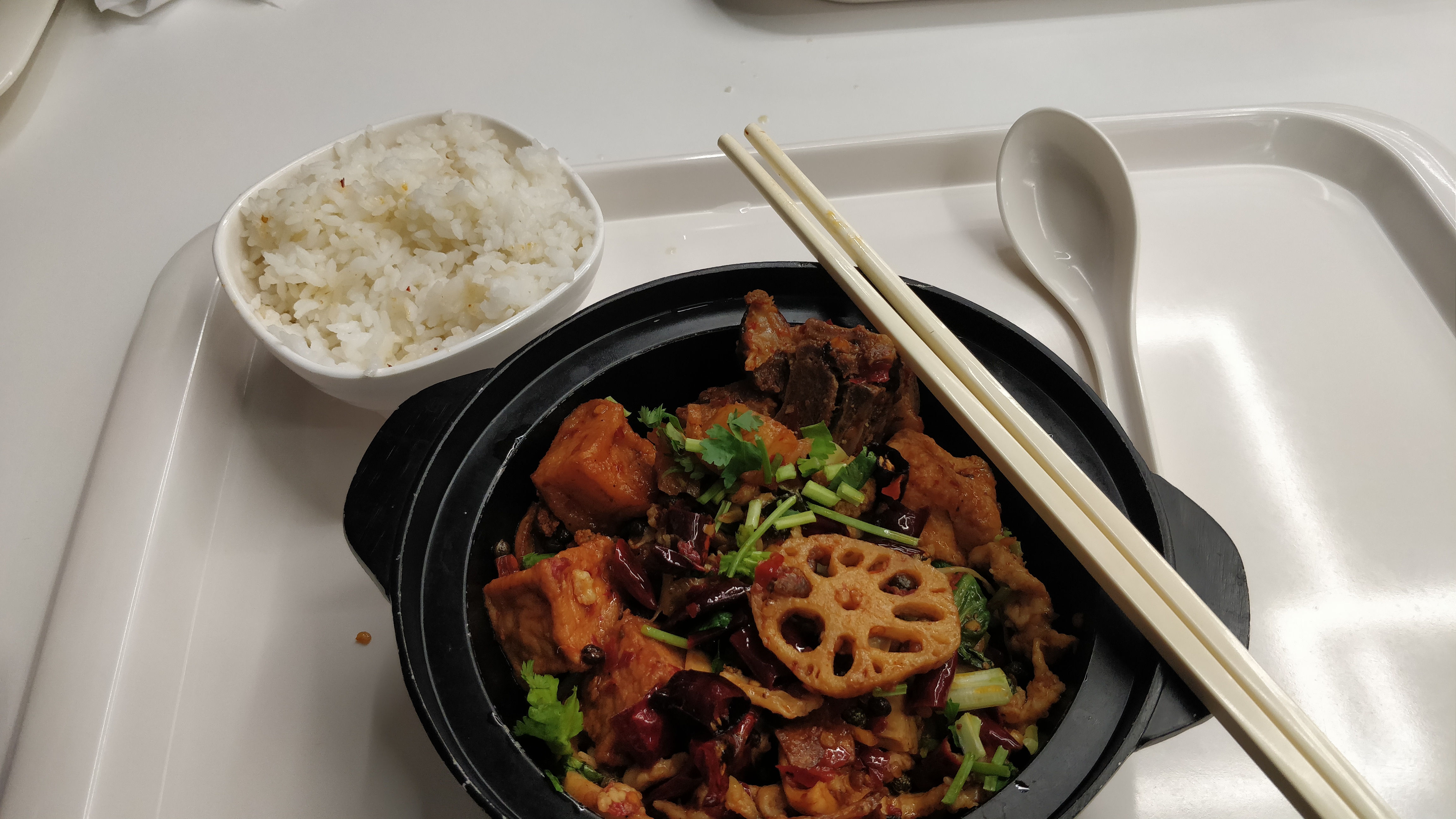 I’ve mostly adjusted to the jet lag, I’m finding friends, I’m figuring out which coffee shops have the best wifi, I’m witnessing strange events, I’m learning that my textbook Chinese was very outdated, and I’m learning the hip new slang. The adventure has only just begun 😁😁😁